15 Places To Visit In Liberia 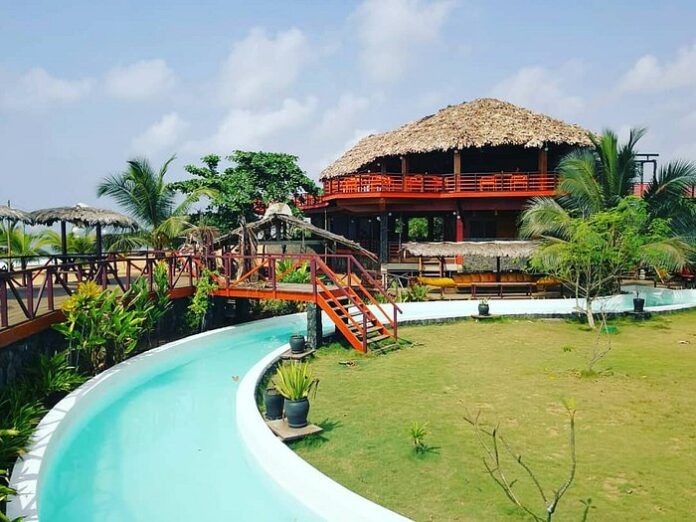 Liberia is one of the most beautiful places in Africa but its travelling reputation has often been jeopardized by political unrest.

However, the past decade has seen a period of relative stability along with a reduction in the crime rate and improvements to the infrastructure.

As a result, tourism has rebounded, with travellers once more flocking to explore this beautiful country rich in iconic wildlife and turbulent history.

Liberia is a breath-taking place full of lush, tropical jungles and gorgeous beaches. The country is bordered by Ivory Coast, Sierra Leone, and Guinea to the north with the Atlantic being its Western border. The capital city is Monrovia while the second largest city is Buchanan.

Now come along let’s explore and tour the Island in this article! Here are 15 breath-taking places to visit in Liberia.

Over a million Liberians call Monrovia home. It is a vibrant metropolis and the biggest in the nation.

The centre’s potholed lanes are dotted with rumbling bush taxis, but Broad Street, a bustling promenade sandwiched between the Mesurado River’s meanders and the Atlantic Ocean, is a picture of vitality.

You can expect bustling beer bars and the crumbling remains of historic townhouses from the 19th century here.

You can also tour the National Museum, which is intriguing, and the eerily deserted Ducor Hotel, where you can learn about Liberia’s political history and the history of its coups, countercoups, and civil wars.

The Sapo National Park is without a doubt the most well-known of Liberia’s two national parks.

One of the highest mammal biodiversity counts in the entire globe is claimed to be present in this 1,804 square kilometre region of the Upper Guinean Rainforest.

People with a sense of adventure who choose to explore the old-growth forests will have the opportunity to see chimpanzees, crocodiles, leopards, hippopotamus, and white-crested Diana monkeys.

Also read: 8 Fun Things To Do In Senegal

There is also a fascinating past to explore since tragic events occurred here throughout Liberia’s civil conflicts and even a full-fledged gold rush occurred in the early 2000s.

The most popular surfing location in Liberia (although there are many), Robertsport has firmly established itself at the forefront of the nation’s current tourism push.

Additionally, surf schools are springing up to help novice tourists get out onto the waves.

The seaside city of Buchanan, which is about three hours south of Monrovia’s capital, is a great place to start learning about this region of West Africa’s coastline.

Every beach is completely natural, with swaying palm trees and local kids playing in the shallow water.

Others will head into the city to find one of the few guesthouses that lie amongst the chaotic marketplaces and streets, while many choose to set up camp here.

A length of beach bars may be found along the beachfront, tucked in between the bamboo shacks.

This regional headquarters of Bong County has a little more history and tradition up its sleeve than most of the huge, run-down cities that spring out from the expansive mud plains and woods of inland Liberia.

For one thing, it served as the base of operations for Charles Taylor, a notorious political and rebel commander who oversaw numerous civil wars in the region in the 1980s and 1990s.

A prominent university with a history of over 100 years, Cuttington University, is located in the town.

Gbarnga transforms into an attractive location to visit away from the more well-known seaside locations when a few impressive waterfalls and rustic guesthouses are added.

A short distance from the Atlantic coast, where Marshall and the tourist towns south of Monrovia call home, visitors will find the industrial outpost of Harbel spanning the weaves of the Farmington River.

Harbel, which is most known for being the location of the largest rubber plantation in the world, is engulfed in vast rubber tree forests, many of which have the well-known brand name Bridgestone tyres.

The Roberts International Airport, the country’s primary gateway to the northwest, is located in the town.

The Lofa-Mano National Park, which is now known as the Gola National Forest, is a vast expanse of ancient rainforest that stretches out along the country’s northern border with Sierra Leone.

The area possesses every characteristic of a true West African wilderness and is one of the densest remaining areas of Upper Guinean woods in the area.

One of the few American officials who really supported the resettling of slaves on the continent in the 1800s gave the island its name.

But in this mangrove-lined port hamlet on the edge of the Atlantic, Bushrod Washington’s influence doesn’t go much further than that.

The dilapidated slums of New Kru Town spread close to the coastline now, and the area is brimming with an undeniable sense of activity.

Even though it’s not the most comfortable site to visit, it offers an intriguing look of a working, modern Liberia.

Really, there are just two reasons why visitors will head straight for Marshall’s laid-back oceanside areas.

The first is its scattering of deserted beaches, each flanked by lush patches of mangrove swamps and palm forests, and ideal for some truly adventurous camping along the Liberian coast.

The second is a tiny archipelago that goes by the apt name of Monkey Island. Here, the forests are home to a group of tenacious chimpanzees.

They were saved from research facilities during the civil war and are now especially fond of swinging on the branches, teasing tourists, and launching fresh fruit from their branches at passing boats.

One might argue that Zwedru might not seem like the best site to include on the country’s itinerary given that there are only 23,000 residents there and a seven-hour journey separates it from the capital city on the coast.

However, Zwedru has certain unique characteristics that you simply won’t find in the better travelled parts of the west.

Due to its developing mapping operations, it still has a certain amount of an industrial, earthy feel. And then there’s the unmatched access to the vast Upper Guinean jungles, which are home to a variety of ultra-rare plant species and colourful tropical hummingbirds.

This modest regional hub of Margibi County serves as the boundary of the Monrovia-Kakata Highway, which leaves the nation’s capital and travels into Liberia’s western wilderness. It is here that the rural heartlands of West Africa finally take over the landscapes.

They do so in the shape of seemingly never-ending rubber plantations, and Kakata has established itself as one of the country’s rubber trading and transporting outposts, earning it some wealth.

Visit the dust-covered neighbourhood churches and see the bustling markets that pop up on the streets as needed during the week.

One of the more popular entryways to the aforementioned Sapo National Park, which is hidden between thick trees just a little to the east of town, is Greenville.

But while the majority of visitors just buy supplies and leave to explore the chimpanzees and unique jungles of the reserve, those who stay will get to see an unusual reminder of Liberia’s resettlement era.

Along with some genuinely undeveloped beaches on the west coast, there are several interesting communities to explore up the Sinoe River’s courses.

The city of Harper, located in the extreme south of Liberia, has a good number of both natural and man-made attractions.

To begin with, the shorelines to the north-west and south of the town are framed by stunning Robinson Crusoe sands, with swaying coconut palms bristling against the Atlantic gusts at their backs.

Then there are the surviving descendants of Liberia’s former slave settlers, who are believed to have started building the present state in the Cape Palmas territory, where Harper is now located. This history is visible in the arched plantation-style homes and ageing colonial frontispieces.

Although the humidity can become intolerable, if you’re feeling really daring, a hike to one of the nearby timber communities can be worthwhile.

You’ll encounter towns that are essentially cut off from contemporary life and cross swinging monkey bridges.

In the far western part of the nation, Sanniquellie is a small community that is near the international tri state border with Guinea and Ivory Coast.

The centre of the area is dominated by a busy tiny market where the majority of the goods offered are rows of colourful fruits and vegetables that have been picked fresh from the fields.

You can choose to wax your walking boots and head straight for the East Nimba Nature Reserve after negotiating your way through this, or you can choose to relax in one of the rustic neighbourhood beer bars.