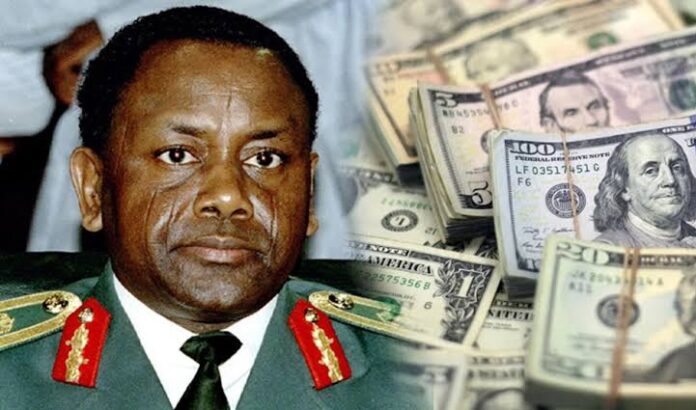 The United Kingdom has managed to recover 23 million dollars of Nigerian funds, looted and hidden by its former military ruler, late General Sani Abacha. According to the National Crime Agency (NCA) of the United Kingdom, what was recovered, however large it might seem, is only part of an even larger pool of stolen funds, either hidden in foreign accounts within the UK or simply misappropriated by the late Abacha administration.

Over the years, the Economic and Financial Crimes Commission (EFCC) in Nigeria has worked closely with other agencies from across the world to find and recover late Abacha’s stolen funds and that of other past leaders of the largest west African nation. Emphasis has been laid especially on the Abacha regime, tagged as one of the most financially corrupt administrations in the history of Nigeria.

The association between financial crime agencies and the EFCC has since blossomed into a thriving relationship that has ensured the recovery of millions of dollars, especially as the United States Department of Justice helps in identifying what areas to look in the attempt to recover looted Nigerian funds from the 1990s.

Following a request for collection by the US Department of Justice, the funds were recovered after nearly seven years of litigation and international negotiations to obtain a recovery order.

The money has now been transferred to the home office for submission to the USDOJ, according to the agency.

In a statement revealed on its website and since published by several news agencies, the NCA declared its commitment to making it difficult for any corrupt persons to enjoy their actions. “We are committed to ensuring that those who perpetuate corruption do not benefit from their actions,” NCA said.

Nigeria is still getting monies looted by the previous ruler and his allies more than two decades later.

Between 1998 and 2020, almost $3.624 billion of the late Abacha’s stolen funds was recovered, according to TheCable Index. Four administrations were responsible for these recoveries.

The United States and the Bailiwick of Jersey returned $311 million in Abacha plunder to Nigeria in 2020. However, the said fund is yet to be given directly to the Nigerian government.

Read also; Controversial Reports Reveal Russian-Linked Forces are Behind Torture and Execution of Civilians in the Central African Republic