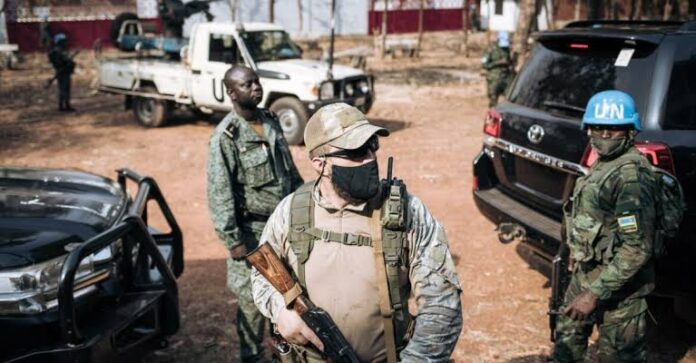 In a report by the “Human Rights Watch” also simply called “HRW,” it was revealed that several witnesses have come out to identify Russian forces as the group behind the execution and torture of civilians within the Central African Republic (CAR).

The report claimed that their activities have been rampant within CAR since 2019, as it also reveals cases of detailed abuses and executions allegedly committed by said “Russian Characters.”

According to CNN, the now controversial report was put together by using details gathered from interviewed witnesses, including 10 victims of violence and 15 others.

The report claimed that the witnesses and victims were convinced about the identity of the perpetrators; describing them as “men with white skin, speaking Russian.” Interestingly, the descriptions by the victims are similar to those which were provided by the witnesses, who described the men to have worn “beige khaki clothes and used military-grade weapons.”

The report has since become a controversial subject as it borders on political sensitivity involving several western governments. HRW claimed in its report that the crimes against humanity committed in CAR are linked to Russians operating out of the country.

However, while the Russian forces have been blamed for these Crimes in the Central African Republic, the report also claims that a form of alliance between the Russian forces and members of the “Wagner Group” (a private military security contractor with ties to the Russian government) has also put thousands of civilians at risk in the country.

The presence of this separatist group within these countries has since proven to be chaotic, with several reports of human rights violations and execution, especially within the Central African Republic.