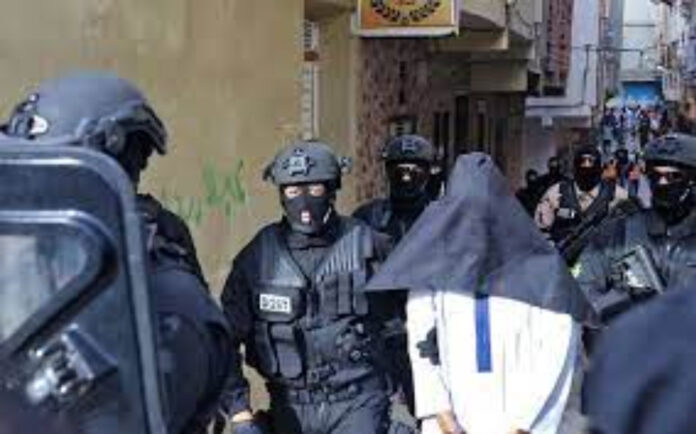 Morocco’s anti-terrorism police have performed incredibly in security as they arrested a man who has been accused of being a member of the Islamic State Jihadist organization with the intent of carrying out “terrorist activities” in Morocco. The project required the mighty force of Morocco’s anti-terrorism police and the support of the United States Federal Bureau of Investigation.

According to the Central Bureau of Judicial Investigations (BCIJ), the suspect would be involved “in the planning of a terrorist project aimed at substantially disturbing public order” in Berkane (north-east of the country).

In a statement t by the United States Federal Police, it was revealed that information had been passed along from both agencies based on results from joint research and technical investigations. This investigation ably led and mostly conducted by the Moroccan anti-terrorism outfit, led to the capture of said terrorists.

The revelation comes only days before an international anti-Islamic State coalition summit in Marrakech, which will be co-chaired by Morocco and the US (west).

This operation “attests, once again, to the pervasiveness of the terrorist threat that looms over Morocco,” according to the BCIJ, and “also underscores the necessity of bilateral, joint, and advanced counter-terrorism cooperation with the United States.”

According to the complaint, the suspect, a 37-year-old engineer, “controlled a closed group on a communication platform with extremist objectives and programs, aimed at enlisting and enlisting” sympathizers.

According to the same source, the goal was to carry out assaults on Moroccan and foreign nationals on Moroccan soil.

Despite the fact that the Cherifian kingdom has been spared recent jihadist-related carnage, security authorities regularly report anti-Is raids and aborted attack plans.

According to the government, Moroccan police have disrupted over 2,000 terrorist networks and detained over 3,500 people in terrorism-related crimes since 2002.