Benjamin Cadet: Owner Of The Only Company Licensed To Export Cannabis In Uganda 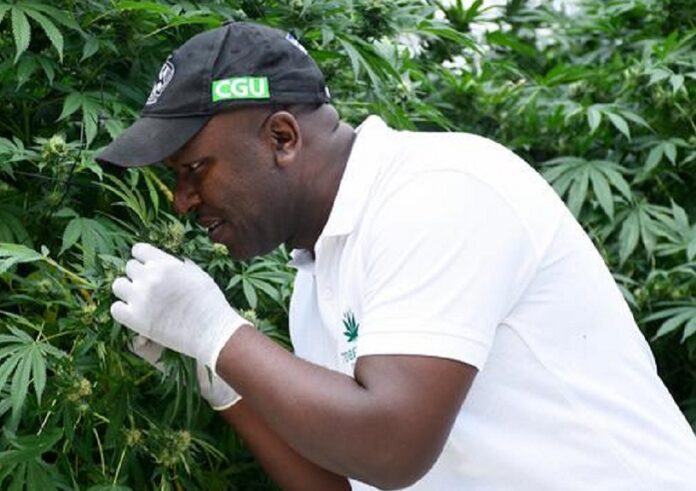 Benjamin Cadet a former member of the Ugandan parliament and an entrepreneur has proven to be an active player in the cultivation of Cannabis within Uganda.

The former Ugandan parliament member is the CEO of a thriving organization dedicated to growing and exporting Cannabis from Uganda to other parts of the world.

Interestingly, his company remains the only one with a Ugandan license to engage in the rapidly growing industry Cannabis exportation.

Benjamin Cadet’s company, known as “Industrial Hemp” first acquired its license in 2012, making it the first and perhaps only company to acquire a Cannabis license.

Together with an Israeli company called Together Pharma, Cadet’s Industrial Hemp company runs a considerably large Cannabis plantation in Uganda.

Its main export destinations have been noted to be Germany and a few other European capitals. So far, this company has become one of the top exporters of Cannabis in Africa.

According to a report, he learned about Uganda’s cultivation license and formed a deal with Cadet through his contacts.

Their weed farm is located in Uganda’s Rwenzori Mountains, and it spans over three hectares in the country’s west, near the Equator, according to the report.

Thousands of marijuana plants are grown in greenhouses the size of four football fields. The plants are watered with high-tech irrigation systems that are branded with barcodes.

According to another report, the farm grows a variety of crops in order to suit market demands.

“The plants in one greenhouse are high in CBD, a compound with therapeutic use. They also include THC, the psychoactive ingredient in marijuana,” according to the media outlet.

Cadet and his partner invested $5.6 million in Uganda to build a power plant and hire over 100 people from the surrounding towns.

Benjamin Cadet, a former Red Cross employee, had intended to start cultivating industrial hemp, which can be used for making food and clothes.

However, the strains he brought in from Europe did not thrive, so he turned to medicinal cannabis.

Discussing his partnership with his Israeli partner, Benjamin Cadet mentioned how he had developed the idea in 2011.

However, he lacked both finances and contacts. “And that was when we started contacting potential partners,” Cadet said.

Airtight 10-gram sachets of Ugandan cannabis have been available in German pharmacies since January of this year.

Cadet and Sosinsky took advantage of a judgement by the German Federal Administrative Court that said that patients have a right to use cannabis.

African governments have been considering ways to regulate cannabis use because of its therapeutic and economic benefits for years.

While some scientists believe that marijuana/cannabis has numerous medicinal benefits, opponents claim that it contains dangerous compounds that are 20% more likely than tobacco to cause cancer in users.