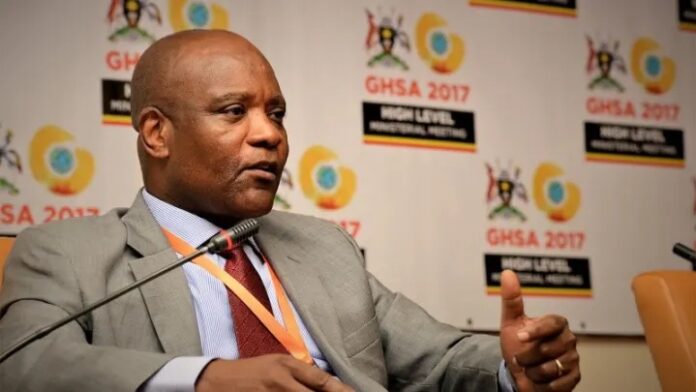 John Nkengasong received a warm welcome from UNAID as he was confirmed by the U.S. Senate as Ambassador-at-Large and Coordinator of United States Government Activities to Combat HIV/AIDS Globally. The African doctor and disease expert will now serve as the new U.S. Global AIDS coordinator, where he will be leading the United States’ President’s Emergency Plan for AIDS Relief (PEPFAR).

In a statement by UNAIDS, it was revealed that Nkengasong’s appointment is indeed good news for the world as he is the best choice to lead the team. “He is one of the world’s leading experts on HIV and pandemic preparedness and has practical experience on how to advance efforts to end AIDS amidst the COVID pandemic,” said Winnie Byanyima, Executive Director of UNAIDS. She further revealed why Nkengasong is fit for the job, describing him as a “bold thinker” who has shown commitment throughout his career.

Dr. John Nkengasong, an HIV virologist with more than three decades of experience in the global HIV response, is best known for his work on COVID-19 while serving as the founding director of the African Centre for Disease Control and Prevention.

PEPFAR is a crucial UNAIDS partner with an unrivaled track record of global life-saving action. PEPFAR and UNAIDS collaborate in over 80 countries to support governments and communities in implementing the Global AIDS Strategy and accelerating the end of AIDS. They work together to ensure that resources are directed toward the people and areas most affected by HIV, such as children, women, and girls, as well as critical demographics.

PEPFAR has invested over US$100 billion since its creation in 2003, with bipartisan backing — the greatest investment by any country to combat a single disease. More than 21 million lives have been saved, millions of HIV infections have been avoided, and progress toward eradicating AIDS has been expedited in more than 50 countries because of US funding and efforts.

UNAIDS leads and motivates the world to realize its shared objective of zero new HIV infections, zero discrimination, and zero deaths from AIDS-related causes. UNAIDS brings together the activities of 11 UN agencies—UNHCR, UNICEF, WFP, UNDP, UNFPA, UNODC, UN Women, ILO, UNESCO, WHO, and the World Bank—to end the AIDS epidemic by 2030 as part of the Sustainable Development Goals.