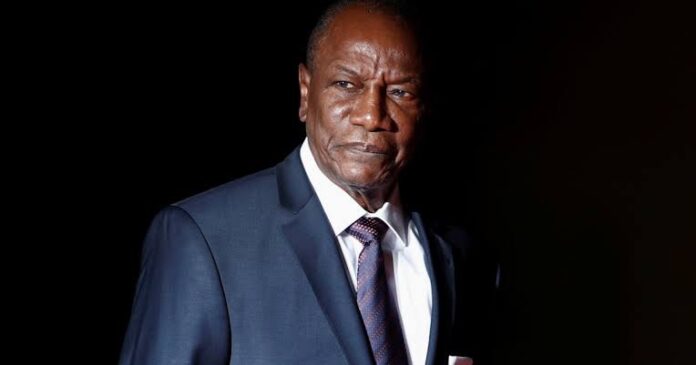 Guinea’s ex-president is set to stand trial as prosecutors in Guinea have revealed their decision to prosecute former President Alpha Conde. The Guinean authorities revealed that the prosecution would extend to the former president and at least 26 active members of his administration due to their involvement in violence surrounding his bid for a third term in office.

Recall that in what was a controversial month for Guinea, the 84-year-old former president was overthrown in a coup d’ etat in September 2021. The military Junta that has since succeeded him has gone on to receive both praises and criticism from around the world, while the former president has been under a lot of pressure to answer for the violence that ensued under his administration.

According to paperwork signed by Attorney General Charles Alphonse Wright from the General Prosecutor’s Office, the ex-president and his followers are charged with murder, abductions, torture, and illegal detentions. He directed the district attorney to file charges against Conde right now.

According to the study, electoral violence in Guinea killed at least 12 people in the capital and 50 in other parts of the country in 2020.

After supporting a constitutional referendum that changed the term limits, Conde’s attempt to prolong his reign to a third term triggered violent protests. In October 2020, he was re-elected to a new five-year term, only to be defeated the following September.

Despite the ruling junta’s announcement in April that Conde was free to move about the country, the new charges are likely to keep him under house arrest. Conde is currently residing in Conakry with his wife.

The order for legal action against Conde comes over a week after the military junta’s leader, Col. Mamady Doumbouya, stated that holding elections and returning to civilian, democratic rule may take more than three years.