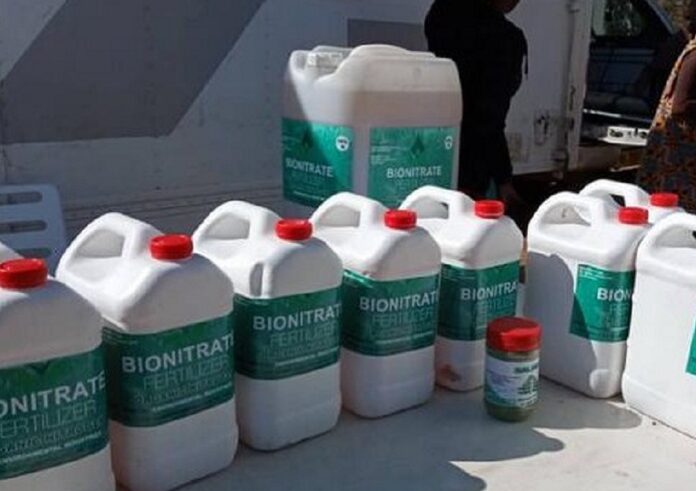 Goodfellow Phiri, a Malawi entrepreneur, has gotten quite a lot of praise for his interest in collecting and converting human urine to fertilizer. While the supply of fertilizer to this part of the world has essentially been from Eastern Europe, the recent conflict between Russia and Ukraine has made it impossible for the proper flow of said fertilizer, thereby increasing the need for initiatives such as his.

Although Phiri’s initiative has long been around before the Russian-Ukraine conflict, it has now become quite useful in recent times since both nations control at least 30 percent of the world’s supply of fertilizer. The need for fertilizer in his locality has since made him a sensation, as his initiatives hope to help local farmers in his community not really feel the effects of the war regarding the supply of fertilizers.

According to DW, his efforts have helped local farmers in Lilongwe, Malawi’s capital, alter their lives. Furthermore, it is paving the way for more environmentally friendly agriculture, which is both environmentally benign and enables continued farming.

Human urine has long been used as a fertilizer since it is high in phosphorus, nitrogen, potassium, and trace elements that plants require. Malawian farmers will save money as well. Phiri’s fertilizer costs around $8 for a twenty-liter bucket, while chemical fertilizer costs over $30 for a fifty-kilogram bag.

Goodfellow Phiri, 64, has been collecting human urine from his Lilongwe urine-harvesting factory for nearly ten years. People pay at least 60 cents to use one of his two urinals, which are located in Area 25’s Nsungwi Market. He recently told DW that he collects 20 liters of urine every day. While talking about the process, Phiri noted that what seems like a small quantity would “have to be diluted with water ten times, so it turns into 200 liters,” he said.

Phiri keeps the urine for a week in airtight containers before processing it in tanks. He explained that the processing removes the “smell” of urine, making handling easier.
Phiri’s organic fertilizer, according to a farmer who has been using it, is quite distinctive, and he has had a nice harvest since utilizing it.

Besides helping farmers and making profits from selling his urine fertilizer, Phiri’s initiative has also helped residents, who fill their buckets with urine and give them to Phiri for money. Phiri’s urine-fertilizer idea started as a small family business called “Urine for Wealth.” Thankfully, the business has grown considerably, reaching millions, and securing funds from several NGOs across the world.