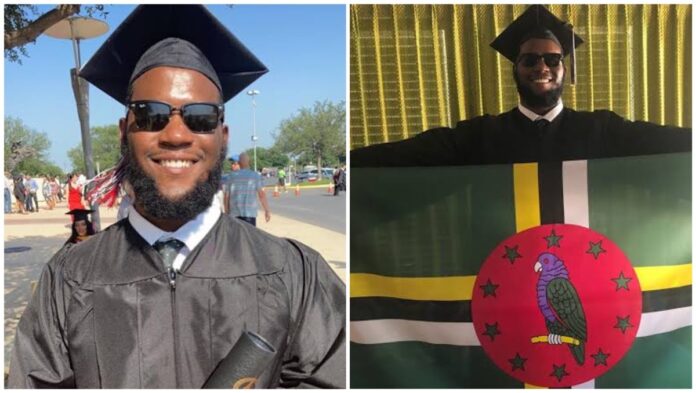 Loik Charles, an extraordinary 26-year-old man, is the first blind person to earn a bachelor’s degree from the University of the Incarnate Word (UIW) in San Antonio, Texas, USA.

Loik Charles, who is from Dominica, faced challenges growing up that led to him becoming visually impaired. He explained in his report that he was born prematurely with cataracts and the doctors gave him plenty of oxygen.

“So the combination of these two guys ruined the membranes behind my eyes. I’m told I wasn’t born blind.” He explained to Dominica News.

Loik Charles made strides in life and completed his high school with exceptional measure despite varying abilities. He transferred to the University of the Incarnate Word (UIW) and graduated with a BA in Sociology and a BA in Marketing.

“I feel joy and euphoria. It’s something I’ve worked so hard for and I’m grateful that God blessed me to be able to see this day where I could cross the finish line of this chapter of my life,” he said.