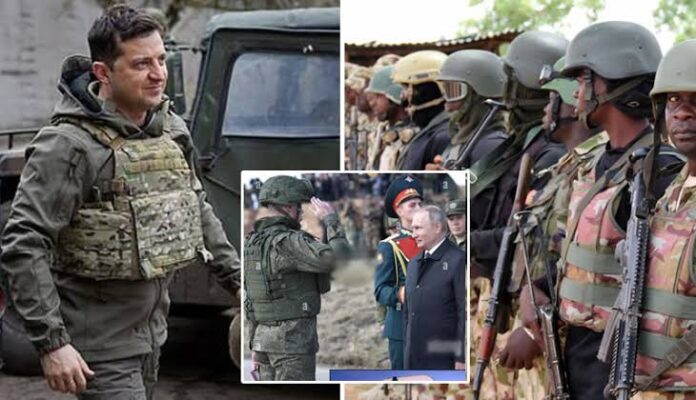 According to the Russian Ministry of Defense (RuMOD), 38 Nigerians have been killed while fighting for Ukraine against Russia.

In a report published by the Russian Ministry of Defense, it was stated that 85 Nigerians arrived in Ukraine after a global call was made by Ukraine for assistance. While 38 have been killed so far in the war between Ukraine and Russia, 35 have returned to Nigeria and 12 are still fighting to defend Ukraine.

“Against the backdrop of the Kiev regime’s mounting military failures and massive daily losses in manpower and equipment, the flow of foreign mercenaries to Ukraine has not only decreased, but is actually turning in the opposite direction,” Russian Defense Ministry stated.

While dozens are left fighting for Ukraine in its ongoing war with Russia, there have been reports of many returning to their home country, despite the increase in payments to fight for Kiev, the Capital city of Ukraine.

“Despite the Kiev regime’s efforts and increased payments, the process of mercenaries leaving to the ‘other world’ or back to their countries of residence has not been stopped by the Kiev leadership,” the statement added.

According to the statement, the Main Directorate of the General Staff of the Armed Forces of the Russian Federation (GRU) was keeping track of and documenting every participant in this global assembly of “headless horsemen” who was present in Ukraine.

The GRU claimed that it kept an eye on the trainers who arrived to prepare and train with weaponry that had been given by the West. It also noted that they were mercenaries from every continent if the statistics are anything to go by.

In terms of the quantity of mercenaries entering and departing from European nations, Poland is undoubtedly in the top. 1,831 persons have entered Ukraine since the start of the special military operation, 378 of whom have already died, while 272 mercenaries have left for their home countries.

“Then there are 200 terrorist fighters redeployed from the US-controlled areas of Jazira region in Syria. To date, 80 have been eliminated and 66 have left Ukraine,” Lieutenant-General Igor Konashenkov the RuMOD spokesman stated.