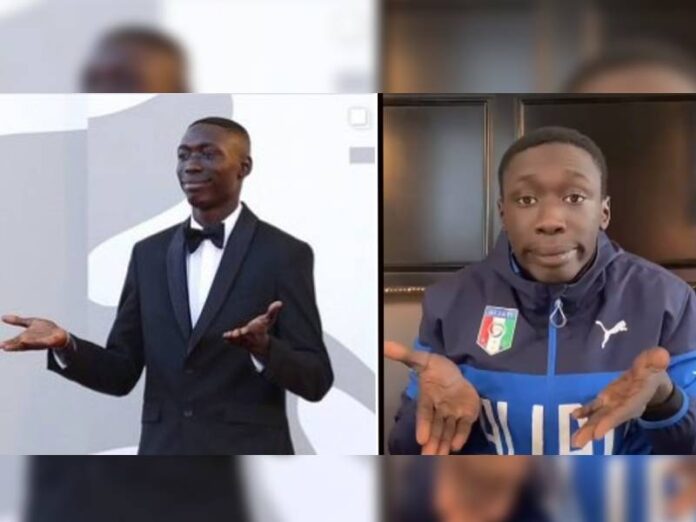 Khaby Lame, a Senegalese born comedian, has officially become the most followed TikTok star in the world.

The wordless TikTok comedian officially reached 142.8 million followers on TikTok, surpassing Chali D’Amelio, who had earlier been the Queen of the video-sharing platform, with 142.2 million fans.

Khaby Lame, who goes by the username “@Khaby. Lame” is known for his interesting videos where he is seen describing actions without words.

As seen in many of his videos, the TikTok star and newly crowned king of the platform is often mocking other TikTok stars, especially those who suggest “Life Hacks.”

While these stars present difficult or otherwise complicated ways to go about daily activities, Lame takes videos of said, “Life hacks” and shows “simple approaches” that would seem so obvious yet ridiculously hilarious.

The 22-year-old star was born in Senegal, but was taken to Italy at an early age. As an immigrant, he worked at a factory where he soon became unappreciated and, eventually, fired.

After what was a discouraging moment in his life, Lame, whose real name is Khabane Lame, joined TikTok in March 2020, during the raging Covid-19 pandemic.

Also, read; 38 Nigerians Have Been Killed While Fighting For Ukraine, Says Russian Report

As the pandemic forced billions into their homes, with hopes of normalcy not in sight, they became quite reliant on platforms such as TikTok for entertainment.

This quickly worked in Lame’s favor, who gained popularity very fast with his videos. His TikTok page reads, “If u wanna laugh, u r in the right place.”

“I came up with the idea because I was seeing these videos circulating, and I liked the idea of bringing some simplicity to it,” Lame said to CNN last year, “I thought of a way to reach as many people as possible. And the best way was not to speak.”

Despite his modest beginnings, Lame has made friends with powerful people throughout his two-year TikTok career. He has also attended glitzy events and landed lucrative sponsorship deals with brands like Hugo Boss.

Most of Lame’s videos receive millions of views, and his most well-liked TikTok video has received over 300 million views.