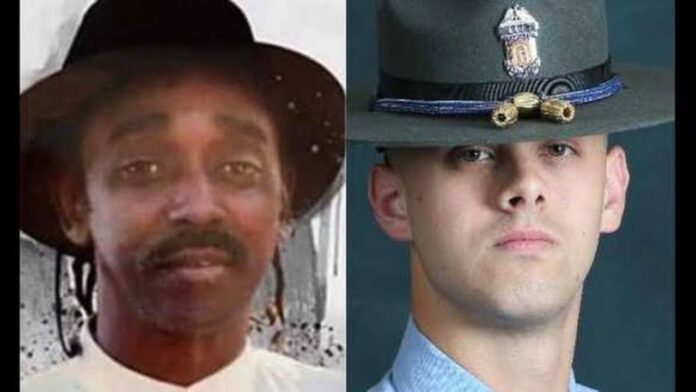 The family of Julian Lewis, a Black man who was shot in the face and killed in August 2020 by a Georgia state trooper; has reached a settlement of almost $5 million with the state of Georgia.

According to WSBTV, the trooper, Jacob Thompson, claims 60-year-old Julian Lewis, sped away in August 2020; when he attempted to stop him for the alleged traffic violation.

The trooper then used the controversial PIT maneuver; causing Lewis’ car to crash into a ditch. The maneuver involves a police officer using his vehicle to intentionally “tap” another vehicle; usually, one that is evading a chase. The tap, at high rates of speed, can result in a crash.

However, the family of Julian Lewis contends that their relative likely continued driving because it was nighttime; and he would have preferred to have contact with law enforcement; “where he knew other people would be present,” According to the law firm representing the family as reported by The New York Times.

According to WSB, Julian Lewis turned on his hazard signals and used his hands to motion to officers as he drew to a stop. However, the trooper, Jacob Thompson claimed that he feared for his life.

How Julian Lewis was Shot to Death by Jacob Thompson

The trooper wrote in the original incident report that he saw Lewis; “wrenching the steering wheel in an aggressive back and forth manner towards me and my patrol vehicle. It appeared that the violator was trying to use his vehicle to injure me.”

Jacob Thompson then shot Julian Lewis while he was still in the driver’s seat, WSB reported. According to an attorney representing the family, the settlement is however just one part of the resolution. “The family has directed us to continue to push for the criminal responsibility, and we shall,” attorney Francys Johnson told the Times.

“Our hearts grieve for Betty Lewis, who lost her Golden Years with her husband because of unwarranted and unnecessary deadly force; during what should have been a routine traffic stop,” said Andrew Lampros; Co-Founder and Partner at Hall & Lampros, the firm representing the family.

No Indictment or Charges

According to the New York Times, The trooper was fired days after the shooting; but a jury failed to indict him on charges of felony murder and aggravated assault in June last year.

Lindsay Milton, the mother of Julian Lewis, told the Times that she thought race played a role in grand jurors declining to indict Thompson. After the failure to return an indictment, she told the paper; “They’re going to let this young man go free ’cause my child was a Black man.”

According to Attorneys, this is the largest settlement in Georgia since 1990.