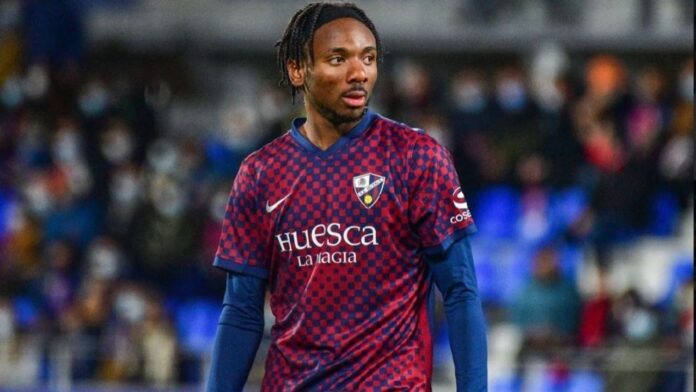 A Nigerian international football star; Kelechi Nwakali, whose contract was recently terminated by a Spanish Football Club; SD Huesca has finally opened up on the facts surrounding the issue.

According to the Nigerian midfielder, the club terminated the contract because he refused to heed their proposal of not playing at the Africa cup of Nations (AFCON) tournament; which they defined as ‘not being a significant tournament.’

The 23-year-old took to social media to post a series of lengthy allegations against the second-tier Spanish side; which Huesca has strenuously denied via a statement.

Kelechi narrated; “In Dec 2021, I experienced the biggest honor of my life; after I received a full international call up for my beloved Nigeria. But the happiness of this moment quickly came crashing down; when the club’s Sporting Director; Ruben Garcia, put extreme pressure on me not to go to AFCON due to it ‘not being an important tournament’. He told me that if I go to AFCON I will not play for Huesca again.

“This behavior and the lack of respect shown to my country Nigeria was truly heartbreaking and it was just the latest example; of the club attempting to bully me into getting their own way.”

He further added that; disciplinary action was taken against him depriving him of access to the training ground and the reception of treatment. He then sought help from the Spanish Players’ Union AFE; which indeed confirmed that Huesca committed procedural breaches in the opening up of the case against him.

According to him, the entire case degenerated into the termination of his contract. Read his full tweet here.