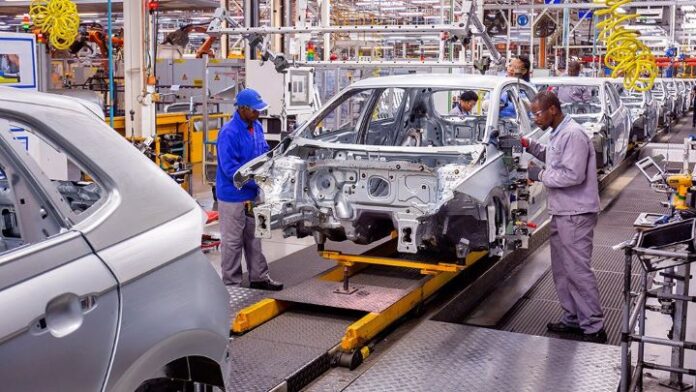 It might interest you to know that Africa is home to some of the biggest car manufacturing companies in the world.

For example, Birkin Cars, a South African-based car manufacturing company, is the biggest in the industry, having started in 1982.

In 2019, Morocco overtook South Africa as the biggest African exporter of cars with exports at $10 billion (€8.5 billion).

Europe buys 80% of Morocco’s 400,000 vehicles, with France, Spain, Germany, and Italy as their main destinations.

So far, Morocco has a success story as one of the largest car manufacturing companies in Africa.

Perhaps, the country’s success story links to the fact that Morocco is close to the European markets.

The free trade agreement with Europe, the US, Turkey, and the United Arab Emirates, also makes it easy for them to penetrate the car manufacturing market.

The Moroccan car industry directly employs 220,000 people, most of whom work for 250 suppliers.

Annually, Moroccans buy 160,000 new cars, which is a small number for a population of 36 million.

Research has shown that in terms of African firms building African cars, Morocco has so far seemed to have taken the low-cost route.

The manufacturing of automobile vehicles comes with a lot of challenges but despite the constraint in producing automobiles in Africa, a few indigenous companies are making a lot of effort to try to take over the African market with affordable cars.

The fact that automotive manufacturers in Africa keep investing their time and resources in production is an indication that Africans are building a strong future for themselves.

Car manufacturing companies in Africa have been on a mission to produce world-class cars that will meet the requirements of the market.

Having known the challenges that come with producing good cars that live up to global standards, these indigenous companies are hard at work creating vehicles that are reliable and affordable.

For example, the Innoson Vehicle Manufacturing Company was founded by Nigerian-born entrepreneur Innocent Chukwuma and is the first technology company to manufacture cars in Nigeria.

Another example is The Kantanka Automobile Company in Ghana and Kiira Motors Corporation, a Ugandan automotive company, with an interest in creating a hybrid electronic vehicle.

To be honest, one can say that Africa has finally caught up with the rest of the world in terms of the quality of locally made cars.

The market for locally manufactured cars has grown to compete with foreign imported brands, which is a huge step for Africa’s emerging economy.

To help you know more about African car manufacturers and what car to go for in your next car purchase, we have compiled a list of the top 4 biggest car manufacturing companies in Africa;

Kantanka Automobiles is an automobile manufacturing company based in Ghana.

Established in 1994, Kantanka Automobiles manufactures, assembles, and sells affordable cars to Africans, from rich to medium, and low-income earners.

The Ghanaian government buys and uses many of this company’s cars.

The company’s first car was built in 1998 with about 75% locally manufactured parts and the others sourced from abroad.

Since then, Kantanka has grown to manufacture reliable and affordable car brands of different varieties for African roads.

Laraki Automobile S.A is one of Morocco’s leading high-end car suppliers and manufacturers.

Abdesalam Laraki took over his dad’s yacht company in 1999.

The sports car manufacturing company has more than a decade of experience in the automobile industry.

Various models have appeared in Europe’s most famous shows.

The car manufacturing company first got the attention of the automobile world when its first-made vehicle the ‘Laraki Fulgara’ debuted at the 2002 Geneva Motor Show, Switzerland.

The manufacturer only designed 9 of this car worldwide and sold 1 to rapper French Montana.

Sold for $2 million, it is one of the most expensive cars in the world.

The company is also the largest manufacturer and distributor of vehicles in Morocco, with over 75% share of the country’s market.

Laraki Automobiles is well-known for its high-quality cars, labeled the most expensive in Africa.

To date, the company has produced numerous high-performing luxury sports cars like the Fulgura, Borac, and Epitome.

This automobile company, based in Casablanca, Morocco, specializes in the production of luxurious sports cars.

Their goal is to provide their customers with superior products and services that exceed their expectations.

Innoson Vehicle Manufacturing Company Limited ( IVM ) nicknamed the Pride of African Roads, is a car manufacturing company based in Nigeria.

The company started from Chief Innocent Chukwuma Nwala’s desire to provide affordable motorcycles and spare parts to Nigerians in 1987 when the motorcycle business in Nigeria was booming.

This led to him shipping the Jincheng motorcycle brand from China at a very affordable rate.

From shipping in the motorcycle brand, he established the first Nigerian automated motorcycle plant in 1995 in Anambra State, Nigeria.

This motorcycle assembly plant has grown into what we know as Innoson Vehicle Manufacturing Limited, the first made-in-Nigeria vehicle.

To celebrate Nigeria’s independence in 2020, the CEO made it known that the company is making plans to join the world in embracing electric cars by manufacturing them.

Although about 70% of its car parts are produced locally, the rest are produced in Germany, China, and Japan.

Popular models of Innoson vehicles include the 5-seater Fox with a 1.5-liter liter engine, the Umu with a 2-liter engine, and the mini bus Uzo.

It is popular for its cutting-edge Hi-tech plant used in the manufacturing process.

The Perana Z-One and Zagato-One are two of the company’s other products, both of which are equal to supercars and luxury.

The company was formerly under the Perana brand name that Basil Green Motors was well-known for.

Even though the company is based in South Africa, Perana cars are assembled by the South African branch of the American automobile company and designed by Zagato Automotive, Italy.

The first car model is named The Perana Z1. The production began in 2009 after the company commissioned Zagato Automotive to design it.

It was later presented to the public at the 2009 Geneva Motor Show, Switzerland, as a concept car.

In 2010, it was presented again to the public at the Geneva Motor Show as a finished sports car.

The American sports car model Chevrolet Corvette ( C6 ), is the inspiration behind the design of this car.

African car manufacturing companies are emerging as major players in the industry.

The best African car manufacturing companies aim to eradicate tokunbo importation and even dominate in the non-African countries.

Most companies are now selling their own brands of cars to other countries across the globe.

Even European automakers buy parts from them.

The most remarkable feature is that Africans own many of these leading automobile brands.

These businesses indeed have growth potential considering the current economic conditions and rising demand for automobiles within African markets.

Planning to purchase a new made-in-Africa car? We hope this article helps out.