49 People Sentenced to Death for Mob Killing in Algeria 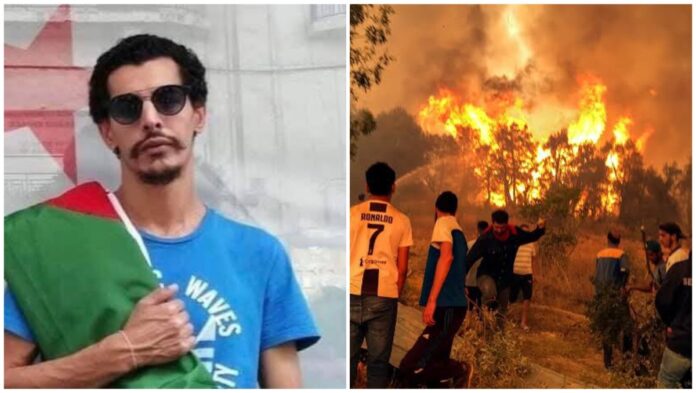 An Algerian court on Thursday sentenced 49 people to death for the brutal murder of a painter suspected of starting a devastating forest fire, a defense lawyer and the state news agency said.

The killing, which took place in the Kabylia region of north-eastern Algeria last year, shocked the country, particularly after gruesome images were posted on social media.

This came as the Berber mountainous region was swept by wildfire, killing around 90 people including soldiers trying to douse the flames.

The massive maximum-security trial into the murder of artist Jamal Ben Ismail included more than 100 suspects, most of whom were convicted of a role in his death.

Those sentenced to death face life imprisonment because Algeria has had a moratorium on executions for decades. Lawyer Hakim Sahib, a member of a volunteer defense team at the trial in the Durrat Al-Bayda suburb, said 38 others had been sentenced to between two and 12 years in prison.

As forest fires raged in August 2021, Djamel Bensmail tweeted that he was going to Kabylie, 320 kilometers from his home, to “help our friends fight the fires”.

When he arrived at Arba Nath Irathin, a village badly damaged by fire, some villagers accused him of being an arsonist, apparently because he was not from the area.

Ben Ismail, 38, was killed outside a police station in the city’s main square. Police said he was dragged from the police station, where he was being protected, and assaulted. Among the accused were three women and a man who stabbed the victim’s body with a knife before burning it.

The trial also had a political tone. Sahib said five people were convicted in absentia of involvement in the killing and of belonging to or supporting a separatist movement in the outlaw tribal region called MAK.

Among them was the French-based leader of the movement, Farhat Mohani. Algerian authorities accused the MAK of having ordered the arson.

Share
Facebook
Twitter
Pinterest
WhatsApp
Previous article
15 African Christmas Recipe to Indulge in During the Festive Period
Next article
Candido Da Rocha: The First Nigerian millionaire who was the son of a returnee slave