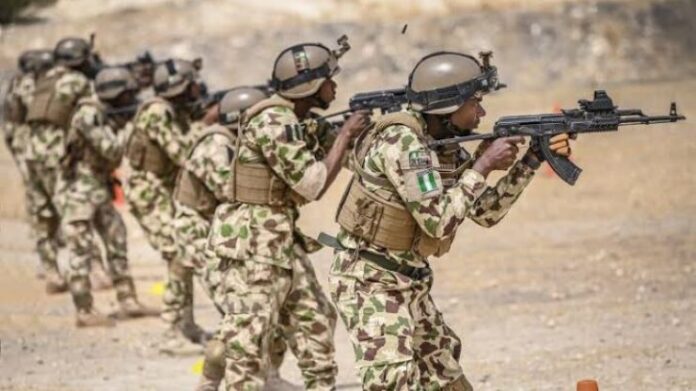 Conflict is as much part of the landscape in Africa as it is anywhere else in the world. Although a blessed continent, this article highlights 5 conflict stricken places in Africa and how their economies have been affected.

The truth is that we need not look far for examples to see that our continent has been caught up in armed struggles and conflicts that have traveled across borders, dividing nations into different factions.

Nowhere is this more obvious than in some hotspots, where violent conflicts are raging across a sizable portion of the continent.

Although blessed with nature and diversity, Africa is inhabited by a number of conflicts, some of which have turned into full-fledged wars and insurgencies.

For example, there are several outbreaks of violence like social unrest, resource control protests and militancy.

The fact is that this violence has led to tensions between various African countries as well as immediate reactions from those countries.

In this article, we’ll examine the top five conflict stricken places in Africa and how their economies have been affected by it.

Northern Nigeria has been terrorized for years by Boko Haram militants. The conflict started out by these terrorists burning down houses of worship, then they moved on to robbing schools, amassing territories, and displacing a large number of people.

There were also instances where armed ranchers engaged in frequent altercations with farmers over the damage to farms by cows.

However, kidnappings have been the largest problem in 2021. It’s interesting to note that both terrorists and bandits have been blamed for this development.

Unfortunately, no one has been spared, adults, children and old people have all paid with their lives.

On the other hand, as part of their agitation, rebels in the Eastern region of Nigeria have also retaliated by destroying houses and sometimes harming people who seem to be threats to them.

Also read: The Ethiopian Queen Who Avenged Ethiopians for Chopping Off Her Breasts

In Mozambique, hundreds of people have been killed and nearly a million displaced due to a multitude of circumstances, including terrorism and natural disasters, while thousands have been at risk of going hungry.

Cabo Delgado in northern Mozambique has been devastated by an Islamist insurgency since 2017.

The organization, known locally as al-Shabaab, has carried out horrible crimes like beheadings, kidnapping children, and destroying schools and hospitals, causing a humanitarian crisis and uprooting more than a million Mozambicans.

The development of natural gas deposits, which would support the struggling nation’s economy, has also been jeopardized by the violence.

Fortunately, after Mozambique’s neighbors sent soldiers to combat the organization linked to ISIS in July 2021, the terrorists are now on the defensive.

But in order to prevent additional violence and progress peace, it will be necessary to participate in the region’s challenges on a long-term basis.

Not long ago, The United Nations also stated that Mozambique is dealing with a humanitarian crisis “beyond epic proportions.”

However, the US has indicated interest and mentioned that it was ready and committed to helping Mozambique.

3. The Democratic Republic of Congo (DRC)

The DRC has not had much peace of mind for many years. Since the first and second civil wars which were waged between 1996 and 2003, there has always been some sort of conflict.

Demands for political power and natural resources have exacerbated the conflicts.
The Second Congo War, which lasted from 1998 to 2003, saw government forces battling rebels backed by Rwanda and Uganda, Angola, Namibia, and Zimbabwe.

Although there are many different estimates, the death toll may have exceeded three million.

The persistent violence committed by armed groups against civilians in the eastern region has persisted despite a peace agreement in 2002 and the establishment of a transitional government in 2003, partly because of bad leadership, underdeveloped institutions, and widespread corruption.

The March 23 Movement (M23), which was predominantly composed of ethnic Tutsis and purportedly supported by the Rwandan government, was one of the most well-known rebel groups to arise in the years following the conflict.

M23 allegedly rebelled against the Congolese government for allegedly breaking a 2009 peace agreement.

The UN Security Council gave the UN Organization Stabilization Mission in the DRC (MONUSCO) permission to form an offensive brigade to aid the DRC state army in its conflict with M23.

In 2013, the organization was vanquished by the Congolese army and UN forces, but since then, new armed groups have appeared.

Violence is also fueled by the vast resource wealth of the nation, which is thought to possess $24 trillion in undeveloped mineral resources.

The mineral trade gives organizations the money they need to operate and purchase weapons. In order to reduce the purchase of “conflict minerals” and stop the funding of armed militias.

The United States passed legislation in 2010, but the complicated supply chains in the DRC mineral sale industry have made it challenging for businesses that buy resources from second-hand buyers to obtain certification.

Multinational corporations have thus completely stopped purchasing minerals from the DRC, which has rendered many miners jobless and even compelled some of them to join armed organizations in order to secure a living.

Congolese civilians have been subjected to widespread rape and sexual violence, significant human rights violations, and great poverty as a result of poor government and the presence of numerous armed groups.

It has been difficult for the African Union, the United Nations, and surrounding nations to combat rebel group threats and advance sustainable development.

Burundi, Rwanda, and Uganda—nations with a history of relations with the United States—might eventually experience the effects of ongoing violence in the Democratic Republic of the Congo (DRC).

All these conflicts makes DRC one of the conflict stricken places in Africa.

4. The conflict in Ethiopia

In Ethiopia, there have been a significant number of ongoing confrontations and covert assassinations since 2017.

It’s practically impossible to keep track of all the fatalities at this stage. Following the government of Prime Minister Abiy Ahmed’s military attack against the Tigray Region in 2021, the disputes appeared to have intensified.

The confrontation between the Ethiopian government and the Tigrayan forces started when the ruling party asked the country’s election commission to postpone the already scheduled 2020 general election due to the COVID-19 pandemic’s potential health dangers.

The Tigrayans fiercely rejected the request and went on to hold elections in their region.
Evidently, the Ethiopian government interpreted this as evidence of some sort of secessionist decision to use absolute authority to preserve the nation’s geographical integrity.

Both the military and Tigrayan troops have been engaged in combat since November 2020. Additionally, the Ethiopian capital of Addis Ababa was threatened with an invasion just last month.

As a result, numerous Western nations recommended their nationals to leave the region, and some businesses even flew some of their employees out of the region.

In the meanwhile, the ongoing violence has continued to have an impact on businesses and diplomatic offices.

Furthermore, it is where the Africa Union’s headquarters is located.

It is speculated that the crisis in Cameroon do not receive much media attention compared to other countries.

Some say the main reason for that is the purported government efforts to keep the slaughter hidden from the rest of the globe.

Despite this, it is nevertheless true that Southern Cameroon has been in upheaval for a considerable amount of time and is one of the conflict stricken places in Africa.

In the midst of the ongoing conflict between the government and separatists in the Anglophone regions of Ambazonia, there have been charges of rape, genocide, and other atrocities.

Cameroon has been engulfed in a deadly conflict since October 2017. The French and English languages that were introduced to Cameroon as a result of its colonization by the French and British governments are at the heart of the conflict.

Currently, the military of Cameroon is at war with separatist groups in the two anglophone regions of the country’s north and west for almost five years.

According to recent estimates, the fighting has already resulted in more than 4,000 civilian fatalities and more than 712,000 Anglophone region residents being internally displaced. A total of 1.3 million individuals require humanitarian aid.

Paul Biya, the president of Cameroon since 1982, is intent on continuing the country’s unsuccessful war strategy against the separatist organizations that he refers to as “terrorists.”

Regrettably, there isn’t a genuine and clear agenda for negotiations yet, which makes finding peace and reconciliation difficult.

It is obvious that anglophones have long-standing, serious grievances that have gone unresolved.

As demonstrated above, these five countries in Africa have been affected variously by conflict.

What’s more, they highlight just how complexities of several aspects of economics have helped to prolong this conflict.

Nevertheless, with the right political leadership and support from other countries who are willing to lend a helping hand, hopefully, Africa will have no problems rising above its current shortcomings.