7 Most Famous Festivals in Zambia 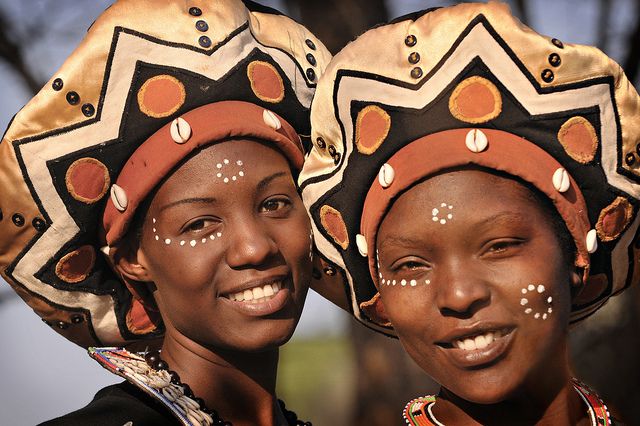 Zambia is a landlocked nation in Southern Africa that gets its name from the Zambezi River.

Zambia’s culture has experienced some changes due to globalization and exposure to foreign influences since the 1960s.

However, with the aim of preserving the country’s culture, the government has reintroduced most of the famous festivals in Zambia.

You should plan on attending any of these famous festivals in Zambia whenever you get a chance to visit the country.

These festivals provide a distinctive viewpoint on an age-old custom that has been passed down through the generations.

The traditional celebration of the Lozi people of Western Zambia is called Kuomboka and is named after the phrase “get out of the water.”

Kuomboka is regarded as the most famous festival in Zambia and this festival is celebrated to mark the end of the rainy season (usually anytime from February to May).

During the celebration, the King, known as the “Litunga,” and his wife relocate from their vacation residence in Lealui to Limulunga.

The day before Kuomboka, the royal Maoma drums ring out throughout the royal city. The King’s riverboat, nicknamed “Nalikwanda,” has a model elephant on the top and is rowed by members of the tribe who have been hand-picked for the position.

After a six-hour journey, his followers and guests gather along the Zambezi river’s banks dressed in Siziba and Musinsi (traditional Lozi clothing).

Thousands of tourists from all over the world come to this exciting event to experience Zambian culture at its finest.

The Kuomboka ceremony, which has been performed for more than 300 years has an interesting history.

Ncwala is next on our list of most famous festivals in Zambia. Celebrated by the Ngoni tribe in Chipata, this festival commemorates the arrival of the first fruit of the year.

The fruit, which is typically maize, pumpkin, or sugarcane, is tasted by the paramount chief while he is adorned in leopard skin.

After that, the paramount chief is required to spear a bull and consume its blood in accordance with a Zulu tradition.

Then the Ngoni people reenact the different conflicts they fought and triumphed in while moving from South Africa to Zambia through dancing, fights, and fake battles between the impis (warriors).

The Ncwala festival normally holds on the 24th of February each year.

Umutomboko is recognized as one of the famous festivals in Zambia because it marks the entrance of the Lunda and Luba to Zambia from Congo DR.

Umutomboko means “victory dance” or “conquest dance” in English. When relating the legend of Umutomboko, it is important to relate it to the time when the people of Lunda crossed the Luapula River into Zambia, fighting their way through and subduing smaller, weaker tribes along the way.

The chief Matanda’s hamlet in the Mansa district is where the Lunda crossed the Luapula River into Zambia, according to several historical documents.

The Mwansabombwe district, home to Mwata Kazembe, hosts the Umutomboko celebration on the last Saturday in July.

The Lunda Kingdom’s history and cultural legacy are expressed in His Royal Highness Mwata Kazembe’s dance of conquest.

Mwata Kazembe visits several holy sites both within and outside of his palace to start the two-day event.

To mark the end of the celebration, subjects bring gifts to the chief who is covered in white powder.

After that, he performs the royal dance, known as “Umutomboko,” while wearing a long “Mukonzo” (blue, white, and red) skirt for the occasion, a crown, an axe, and a sword.

This important August celebration is one of the most famous festivals in Zambia observed by the Luvale people in the Northwestern region of the country.

The celebration lasts for about a week and includes performances by makishi (masked male dancers) and ladies who have successfully completed the wali initiation procedure, speeches by the chief and government officials, dancing by both groups, and other events.

The Mukanda, an initiation procedure in which boys are selected and trained for six to a year while going through different rites of passage into manhood, is linked to the Makishi Masquerades.

This includes teaching people how to hunt, learn about women, be excellent husbands, and become fathers. This symbolizes the passage from youth to adulthood.

In 2005, the United Nations Educational, Scientific, and Cultural Organization (UNESCO) conferred a diploma on the Makishi masquerades and Mukanda in recognition of their magnificent cultural presence and artistry, establishing them as masterpieces of the global cultural heritage for future generations and preserving the two customs.

Masked Makishi dancers and performers reenact mythological events as market stalls lined up with baskets, textiles, metals, and sculptures sell these items. Visitors are welcome to participate in a variety of festivities, which conclude with a royal Makishi march for the chief.

The Kulamba festival is held at the end of August. During the Kulamba ceremony, subordinate Chewa chiefs from neighboring Malawi and Mozambique pay homage to the paramount chief Kalonga Gawa Undi at his capital in Mkaika.

The Gule Wamkule, a masked society of dancers, performs after the chiefs have given state reports on their respective kingdoms.

The Kulamba process also includes an annual initiation ceremony for young girls who have entered puberty.

The young women, known as “anamwali,” have been instructed in the responsibilities and talents of femininity.

This celebration honors the Chewa Thanksgiving and is renowned for its vibrant dancers from the Nyau secret society.

The Chewa people from Zambia, Malawi, and Mozambique come together for it every year on the last Saturday in August in the village of Undi.

Masked male Nyau dancers weave among the throng as young women perform to demonstrate that they are prepared to enter womanhood.

The Makishi mask festival is held following the completion of young men’s initiation. The young men are then provided with masks to wear throughout the process.

Each mask has a unique connotation, but the Makishi is the most significant because it shows an ancestor who comes back to the living world to aid the lads.

Many people believe that the power of the spirit is contained within the traditional masks, which represent spirits.

This mask, which features the ancestor ghost known as Cikunza, was made by the Chokwe people of Zambia, the Democratic Republic of the Congo, and Angola.

It is believed that this spirit has a significant role in celebrations and initiation procedures.

The Nkoyo people, who first occupied the area more than 500 years ago, are the ones who celebrate the Kazanga festival. This famous Zambia festival is celebrated through dance, music, and other antiquated customs every June, July, or August.