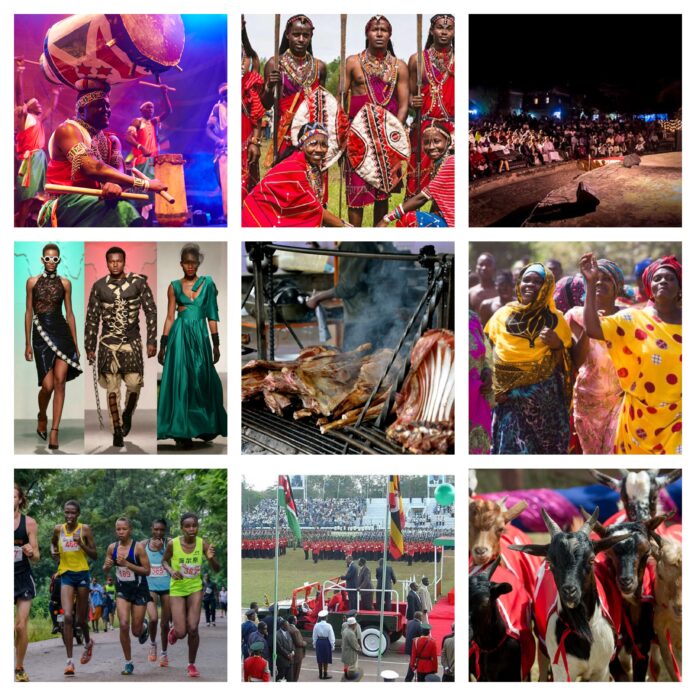 These 10 festivals that rock Tanzania have their firm roots in the history of its people. Festivals are events that occasionally turn up the mood of the area where the act is upheld. You hardly find the event of a festival as a place to sulk and cry about one’s personal problem, but rather the place where for a moment, people participate in everything that amplifies both their energy and the subject that is celebrated.

The United Republic of Tanzania as it is officially known is a country on the east of the African continent. The beautiful mass of land situated beneath the horn of Africa has celebrated many festivals that have added color and improved the lifestyle of Tanzanians inside and outside Tanzania through the years. Home to the plains of the Serengeti National park that has the big five game (Lion, Elephant, Rhino, Leopard, and Buffalo) and Kilimanjaro National Park where the tallest mountain in Africa resides.

Inhabiting about sixty-three (63) million people and having over one hundred (100) ethnic groups, Tanzania is sure to have diverse people across various tribes celebrate their heritage and achievements at different times within a year. With over One hundred (100) languages being spoken, Tanzania is the most linguistically diverse country in the eastern part of Africa.

Without further ado, 10 festivals that rock Tanzania are accounted for below.

Usually celebrated as “Union Day”, April 26 is the day that marks the merger of Tanganyika and the offshore island nation of Zanzibar. The marking of this day came into existence in the year 1964 and since then it has been celebrated every year in Tanzania. With its people having the full knowledge of the significance of this day to their history, Tanzanians have this day as a public holiday to honor and uphold the unity of the former British protectorates that were merged to become one nation. Tanzania got its name in October 1964 after the completion of the merger. Hence the celebration of this day.

The Serengeti festival is a traditional art and dance festival that is held at the Serengeti national park yearly. This event serves as an aside for the tourists who visit the national park every year. The festival unifies people across the globe and is usually celebrated in the middle of July every year. One monumental highlight of this period is having to witness the migration of wildlife across the Mara river upward the north in search of greener pastures.

The Kilimanjaro marathon stands out to be one of the prides of Tanzania’s social activities. This sporting event is conducted annually and is open to all and sundry who want to participate in the breathtaking event. With a distance of 42.2km the prestigious race starts and ends at the Moshi Stadium spanning through the hills around the Mount. Kilimanjaro. Besides the marathon, a 10km wheelchair race is also conducted. The Tanzania Tourist Board and the Tanzania Amateur Athletics Association conducts these activities to promote sports in the state.

Bagamoyo, the arts capital of Tanzania hosts an annual event called “Bagamoyo arts festival” where visitors can choose to either observe or participate in the festival that holds usually around September every year. The festival has a myriad of activities ranging from Traditional dance and drama performances, poetry reading, sculpture exhibitions, and acrobatics among a host of other interesting and insightful activities. This event is held every year to promote the craftsmen, sculptors and artists, and theatre groups of East Africa. The arts and culture exhibition is usually sponsored by the Bagamoyo College of Arts or Chuo cha Sanaa as they often call it.

The last month of the year presents one of the most iconic events in Fashion. The Swahili Fashion Week is the largest fashion event for East and central Africa. This event was founded by the African fashion designer, Mustafa Hassanali to basically promote the concept of ‘made in Africa’ to the rest of the world. The event has various elements from runway shows to award shows, the fashion week has everything in stock for a designer, fashion blogger/journalist, and stylist. For visitors, there are pop-up shops and bazaars to shop from. The location is Dar es Saleem and the date is usually in December.

If you are enjoying this post and you want to know more about the Festivals in Nigeria, hit the link below:

The Zanzibar international film festival happens to be the grandest film festival in East Africa. Every year, fresh and interesting films from South East Asia, Latin America, the Middle East, Pakistan, and other Indian Ocean Island Countries are featured here together with the best African art films. The location for this festival is Old fort, Zanzibar.

The Mwaka Kogwa Festival is a religious festival held every year. It has its roots in Zoroastrianism. The people of Zanzibar get together to celebrate this day with so many fun activities, one of which starts with the men going for the banana stalk fight, an activity used to mark the end of disagreements and conflicts after which large parties are held on the beaches and people enjoying, music, performances, and dance into the night until the morning.

This is the largest travel and international tourism fair in East Africa. It takes place in the city of Arusha usually at the crater of Mount Meru. At this fair, over 200 local craftsmen bring their products for exhibition, Visitors get the opportunity to tour Tanzania well and get various angles of the iconic Mountain Kilimanjaro which is the highest mountain in Africa and the highest single free-standing mountain above sea level in the world.

This fun events that holds May anually is an initiative set to benefit the public. The goat race events allows all and sundry to sponsor the goats to a race and the proceeds are used to sponsor the education of the less priviledged. With its usual location at The Green, Kenyatta Drive, Oyster Bay a lot of entertainment is available for children including a fancy dress competition with interesting gifts to the winners.

Food is at the centre of all cultures. One of the things that distinguish cultures and regions are the things that we eat. Nyama choma literally means ‘roasted meat’ in Swahili and the recipe has been passed down through generations. Different People across the world come to Dar es Salaam and Arusha towns to try the delicious barbequed livestock.In conclusion, this is the festival for the lovers of food.

Tanzania being a beautiful country and the home to one of the wonders of the world has in its culture, traditions that have been conveyed from generation to generation. The truth about festivals and public events that occur from time to time is better relationships between are fostered and strengthed. Tanzania is open to visitors who want to come and have a taste of what Tanzania really is.