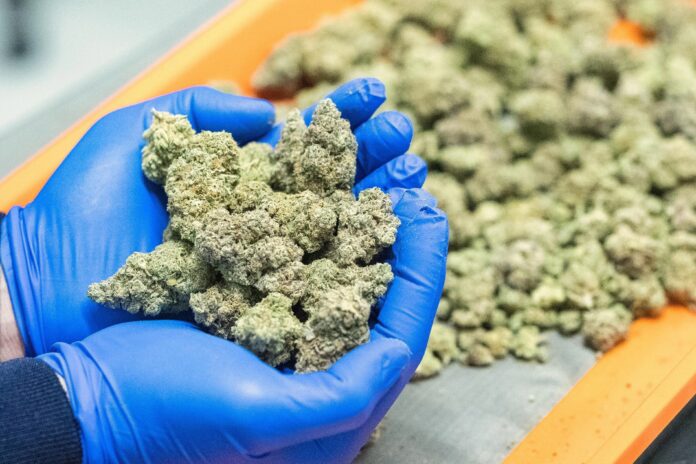 A Moroccan state agency has issued the first 10 licenses for industrial, medical, and exploitation use of cannabis, a result of a law passed last year.

Farmers who organize into cooperatives in the northern mountain areas of Al Houceima, Taounat and Chefchaouen will be able to gradually grow cannabis to meet the needs of the legal market, the agency said.

Cannabis is already grown illegally on a large scale in Morocco, and a new law passed by Parliament last year does not allow its recreational use.

The law aims to improve farmers’ incomes and protect them from drug traffickers who control the cannabis trade and illegally export it to Europe.

According to Morocco World News, the Moroccan government is optimistic that this new development will help improve farmers’ lifestyles and increase their livelihoods amid a growing global legal market for the element.

Global demand for cannabis is growing and is expected to exceed $100 billion in the next five years. If more African countries legalize legal cannabis, the industry could be worth over $7 billion by 2023.

Due to Morocco’s proximity to Europe, it could become one of the main legal exporters of cannabis. In 2020, Moroccan farmers experienced a drastic drop in overall income, falling from around US$497 million a year in the early 2000s to less than US$321 million in 2020, according to an Interior Ministry study.

Before the legalization was implemented, Moroccan farmers said they wanted to speed up implementation. In an earlier statement, Mohamed Abbout, head of the Rif Mountains Association, said legalization would be a step in the right direction for the country.

“Farmers are desperate when it comes to drug trafficking,” About said. “So they’re waiting for legalization so we can create a drug market.”