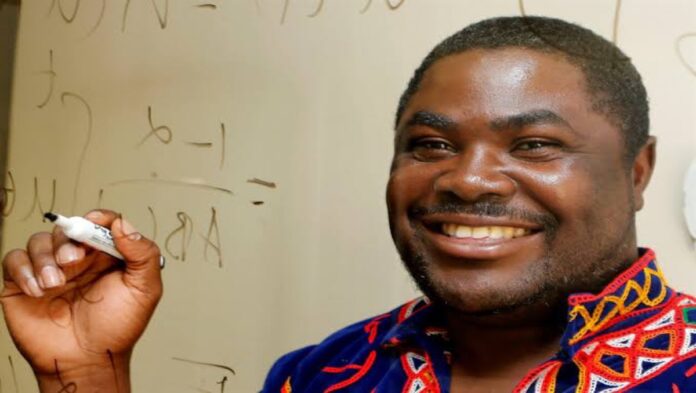 Cameroonian professor Abdoun Atangana has been voted the second-best mathematician in the world.

In a list of the world’s top 2% of scientists released by Stanford University on Wednesday, the 37-year-old was ranked 188th in science, technology and engineering.

Atangana, Lecturer at the University of the Free State of South Africa (UFS), is a professor of Applied Mathematics at the Institute for Groundwater Studies at UFS.

According to his citation on the UFS website, Atangana is best known for developing a new fractional operator used to model emerging real-world problems in engineering, science, and technology, an achievement that has earned him recognition as one of the world’s best scientists.

In 2021, he was elected a Fellow of the World Academy of Sciences for the Advancement of Science in Developing Countries.

“Stanford University has compiled a list of the top 2% of global researchers, based on citations throughout their careers, and includes 195,605 scientists who made up the top 2% as of September,” UFS said in a statement.