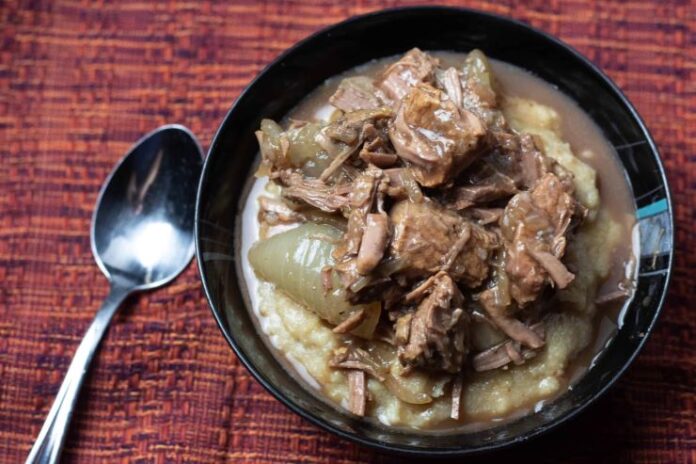 The Republic of Botswana is a landlocked Southern African country that shares a border with Namibia, Zambia, Zimbabwe, and South Africa.

Almost the geographic size of France, Botswana is mostly flat with a large portion of it occupied by the Kalahari Desert.

In Botswana, Seswaa is recognized as the country’s national dish.

Seswaa is basically slow-cooked beef (on bones) with water, salt, pepper, and onions.

Traidtionally, Seswaa is cooked on a three-legged pot over an open fire and the meal is usually served at big event.

The intriguing thing about cooking seswaa is that this dish is actually prepared by men and not women according to tradition and although the recipe is indigenous to Botswana, other neighboring countries have adopted the meal due to its unique flavor.

Without wasting your time, here’s a breakdown of the recipe

Also read: How to Make Dibi, a Senegalese street food