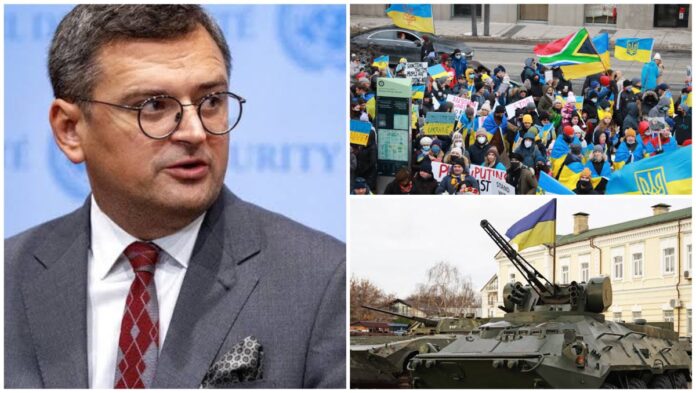 Ukraine’s Foreign Minister, Dmytro Kuleba said Africa and Ukraine are “in the same boat” and accused Moscow of creating a global crisis that has rocked the continent with food shortages.

“Every Russian missile doesn’t just hit Ukrainians, it also harms the quality of life for Africans,” Kuleba told a virtual press conference on Thursday, after renewed attacks on Ukraine forced him to cancel his trip to the continent.

He echoed the accusations of Russian President Vladimir Putin, who said last month that “almost all” Ukrainian grain shipped under a United Nations-backed deal to ease the global food crisis is going to rich European countries rather than hard-hit countries. by the drought.

830,000 tonnes of grain had been transported to African nations since July, he claimed.

The senior diplomat for Ukraine started a tour of the continent last week, stopping in Senegal, the Ivory Coast, Ghana, and Kenya before being forced to return home on Monday due to a slew of retaliatory strikes against Kyiv and other cities.

The four nations are among 143 countries that voted in favor of a resolution at the United Nations General Assembly on Wednesday condemning Russia’s annexations of parts of Ukraine.