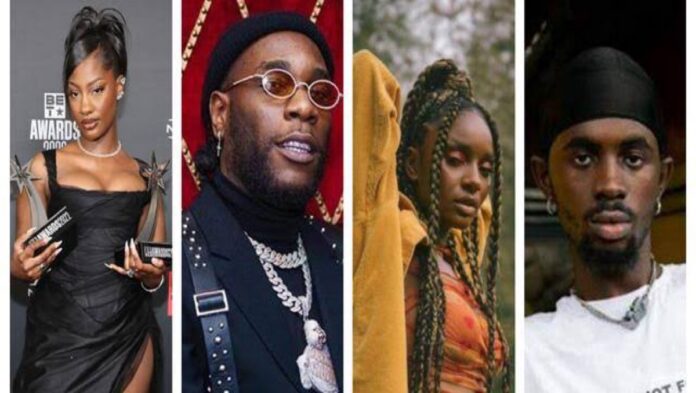 MTV has announced the list of nominees for the 2022 MTV European Music Awards, which will be held on November 13, 2022 in Dusseldorf, Germany.

The Nigerian trio of Burna Boy, Tems and Ayra Starr are nominated for the Best African Act Award. They will face off against Tanzanian singer Zuchu, South African musician Musa Keys and rising hip-hop talent Black Sherif from Ghana.

Also, read; Ukraine Calls On African Nations to Stop Neutrality In Its War With Russia

Harry Styles received the most mentions among artists in the 2022 MTV EMAs nominations and received seven awards, including Best Artist, Best Song and Best Video.

The MTV EMA 2022 will take place in Dusseldorf, Germany at the PSD Bank Dome indoor multi-purpose arena. The ceremony will be broadcast live on MTV in over 170 countries on November 13 and will be available worldwide on November 14 on Paramount+ and Pluto TV. This year, Germany hosts the event for the sixth time.