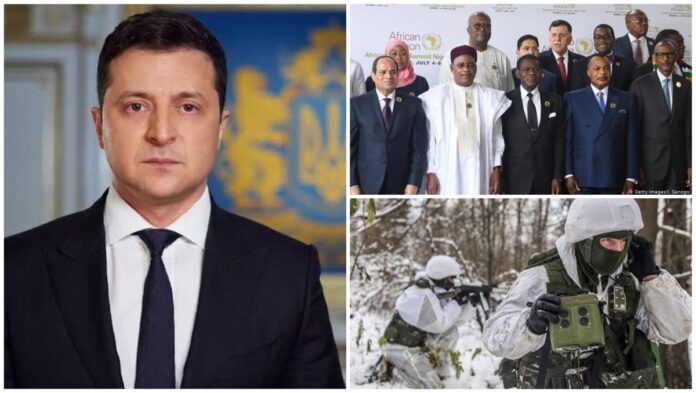 Ukrainian Foreign Minister, Dmytro Kuleba on Monday, again urged African countries to abandon their neutral stance on the Russian invasion of his country.

In a statement made during a visit to Nairobi to media agency, The Citizen, he said his country is asking Africa not to remain neutral.

“Neutrality will only encourage Russia to continue its aggressive and malicious activities across the world, including in Africa,” Kuleba stated.

“Moscow needs to hear your message that this war is unacceptable and must stop. This week, the United Nations General Assembly will vote on the resolution condemning Russian aggression and illegal attempts to annex Ukraine’s territories.”

“Ukraine is counting on your valuable support for this important document,” Kuleba’s statement read.

The statement came on the day Russia launched massive rocket attacks against Ukraine in what President Putin has since described as “retaliation against terrorism”.

The minister added: At least 8 people were killed and 24 were injured after the morning attacks in Kyiv alone. The death toll mounts as rescuers dig through the rubble of destroyed infrastructure.

According to Mr. Kuleba, it was under such devastating circumstances that he decided to cut short his trip to Africa and return to Ukraine immediately.

“Deliberate attacks on critical civilian infrastructure are a war crime. Russia is attacking non-military power plants to deprive civilians of their basic needs – heat, electricity and water – when the cold sets in,” Kuleba said.

Recall that the Russian invasion of Ukraine began on February 24.