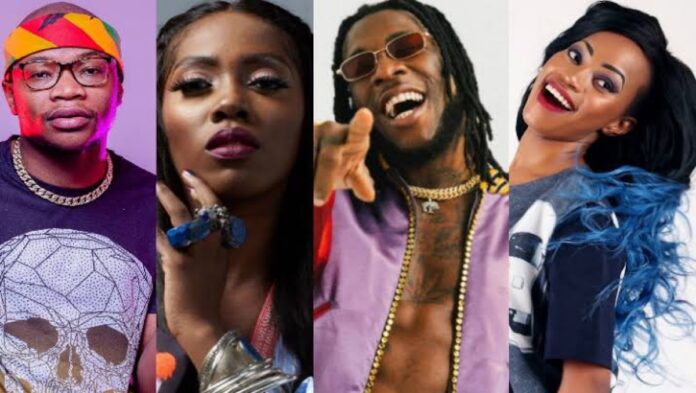 The All Africa Music Awards (AFRIMA) recently released an official list of all the nominees for this year’s awards.

From Davido’s “Campion Sound” with Focalistic, Love Damini by Burna Boy, “Somebody’s Son,” by Tiwa Savage to many others, the nominees were handpicked from a pool of 9,067 entries.

This year, the organization received the highest number of entries since the awards began in 2014. The awards jury selected 382 nominations in 39 music categories to highlight five African regions and the musical talents representing those regions.

South African jury member Adam Tiran said he was confident he and other members made the right talent selections this year.

“We are confident in our selection this year after carefully reviewing all 9,076 entries. We are confident that this is an accurate and comprehensive representation of where the African music industry is now,” Tiran said.

“We strive to ensure that AFRIMA’s nominations remain as credible and authentic as ever.”

West African countries led the way with a total of 134 nominations, followed by the East African region, whose artists received 69 nominations.

Artists from Southern Africa followed with 68 nominations and artists from Central Africa with 52 nominations, while artists from North Africa had an entry with a total of 49 nominations. The global region for this year’s awards, representing non-Africans, received 10 nominations.