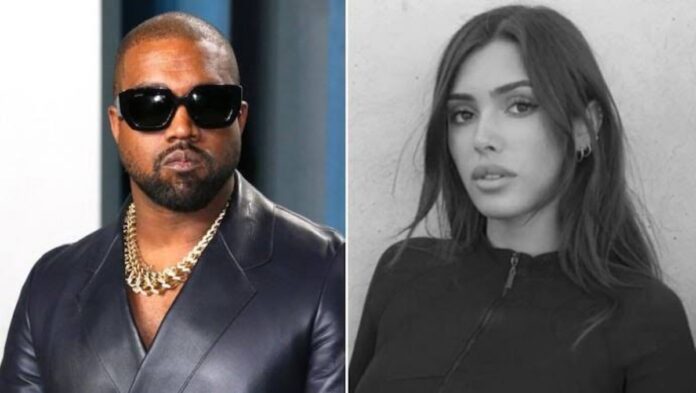 The 45-year-old rapper reportedly tied the knot in a private ceremony with Yeezy architect Bianca Censori.

Kanye and Bianca’s union is considered illegal, according to TMZ, because they didn’t provide a marriage certificate.

However, the couple were spotted with matching wedding rings meant to symbolize their commitment to the ceremony.

Kanye was wearing a ring on his marital finger when he and Bianca arrived at the Waldorf-Astoria in Beverly Hills. The two were later photographed having lunch together.

Rapper Kim’s ex-wife, 42, shared a series of cryptic quotes on her Instagram story amidst the news.

Last month, Kanye released a new song called Censori Overload, which is said to be a tribute to his new love.

That said, the pair seem to have kept a low profile when they were spotted together earlier this week.

Kanye and Bianca attended the same Balenciaga show in May – but it’s unknown if they attended the event together.

Kanye and Kim’s divorce was finally settled in November after the SKIMS founder filed for divorce in February 2021.

Kim and Kanye reportedly resolved their ownership and custody issues in the settlement.

TMZ reported that Kim will likely have children 80% of the time, although the agreement states “equal access”.

In a candid interview in December, Kim opened up about co-parenting challenges with Kanye.