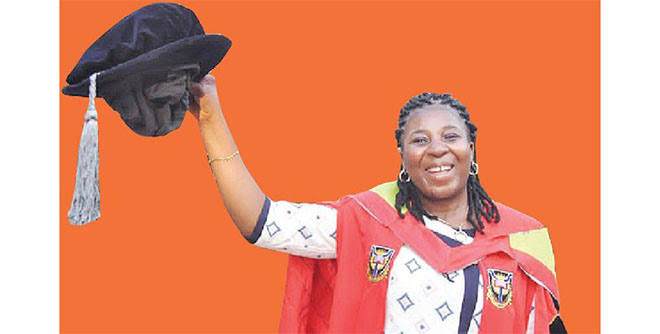 This an inspiring story that shows the resilience of African women. Dr. Ifeoma Bibiana Okoli was not born blind. She however developed the sight problem when she was just eight years old when her mother sensed that all was not well when she checked her notebooks and discovered that she was writing above the margin. And that was how her journey to visual impairment began. Her life took a strange twist in 1985 when she was forced to drop out of school at the commencement of her final examination in secondary school, (High School) Dr. Ifeoma had been battling with failing eyesight due to a degenerative eye disease known as Retinitis Pigmentosa.

Her worried parents took her to several eye clinics in search for a remedy, but to no avail. The loss of her eyesight seemed like the end of the world for her. After the initial phase of non-acceptance, sorrow and pain, Dr. Ifeoma Okoli, through the assistance of a cloistered nun enrolled at St. Joseph Rehabilitation Center for the Blind, Obudu, Cross River State. There she acquired the necessary and important skills that will enable her pursue her academic dreams. 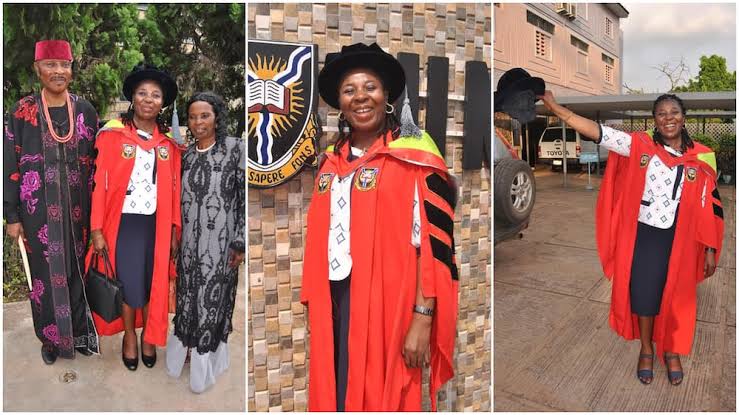 Armed with this skill, Dr. Ifeoma Okoli resolved to pursue her academic studies to the highest possible level.

On the 17th of November 2021, Dr. Ifeoma was among the graduating students who were conferred with doctoral degree at the Founder’s Day and 73rd Convocation Ceremony held at the International Conference Centre of the University of Ibadan, Nigeria.

Among those that were conferred with the title of Doctor of Philosophy (PhD) degree, Dr. Okoli stood taller than the rest because of her unique achievement.
Despite what many would ordinarily consider a disability, Dr. Ifeoma Okoli has proven that no physical disability can stop anyone from attaining one’s dreams or goals, if and only if one sets one’s mind to doing so. 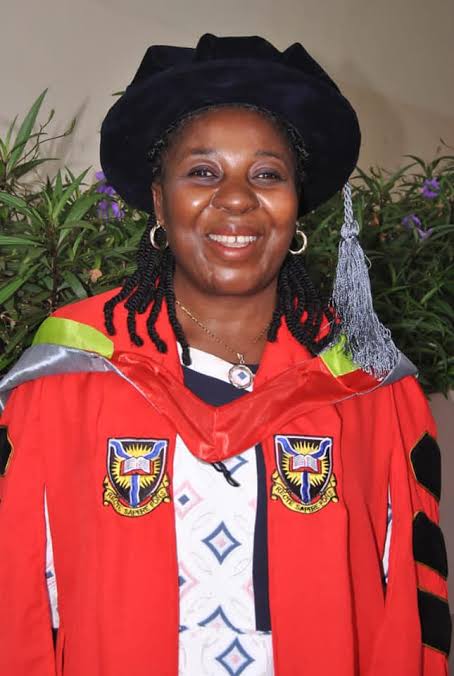 Though visually impaired, Dr. Ifeoma Bibiana Okoli has with a single-minded determination and resilience climbed from the lowest academic ladder to the highest academic ladder, a feat that even many who do not suffer such impairment cannot achieve.