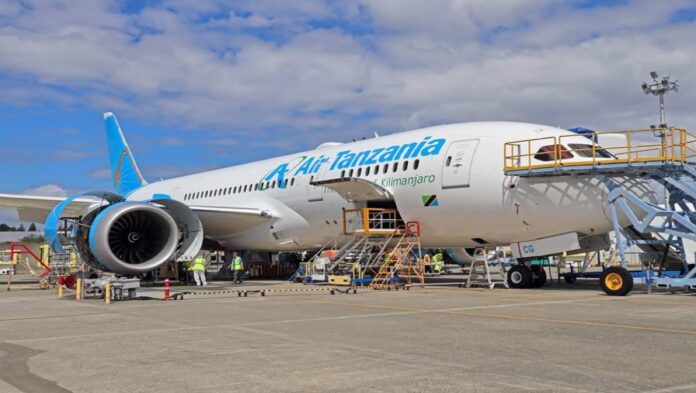 An Air Tanzania Company Limited (ATCL) plane in the Netherlands has been seized after a Swedish company won a $165 million award against Tanzania for revoking ownership of the Bagamoyo sugar project.

It remains unclear exactly which aircraft was captured from the ATCL fleet and under what circumstances.

But on Wednesday the government allayed fears that a Dutch court could be linked to the ATCL plane, with Attorney General Eliezer Fleischi saying everything was under control.

Felici confirmed to The Citizen that a Swedish company that won a US$165 million prize against Tanzania persuaded the court to let the plane be booked, even though the International Center for Settlement of Investment Disputes (ICSID ) had issued a moratorium on the pending enforcement of the annulment Procedure.

“It is true that they went to court in the Netherlands after we successfully appealed to the International Investment Dispute Resolution Center for a stay of execution. Everything is under control,” Doctor Fleschi said. Adding that the government had already appealed the Dutch court’s decision, but declined to give further details.

“I can’t give any more details. Let’s be patient because the matter is before the court,” he said.

Tanzania argued that the attachment and entire process were illegal because they were acquired a day after the country applied to the International Center for Settlement of Investment Disputes to overturn the EcoDevelopment Award.

However, the judge concluded that ICSID’s temporary stay of enforcement of the award did not take effect until the date that the institution filed the state’s motion for annulment.

Owned by 18 Swedish nationals, EcoDevelopment submitted its ICSID claim in 2017 under a bilateral investment agreement between Sweden and Tanzania.

This comes after the government unilaterally decided to relinquish ownership of the land for the Bagamoyo sugar project.

The case was initiated by the International Center for Settlement of Investment Disputes, a Washington-based agency of the World Bank.

The removal of ownership of the land was a hard blow for the Swedish company, which had spent more than ten years developing the project and invested $52 million in a turnkey project for the local production of sugar, renewable electricity, and fuel.