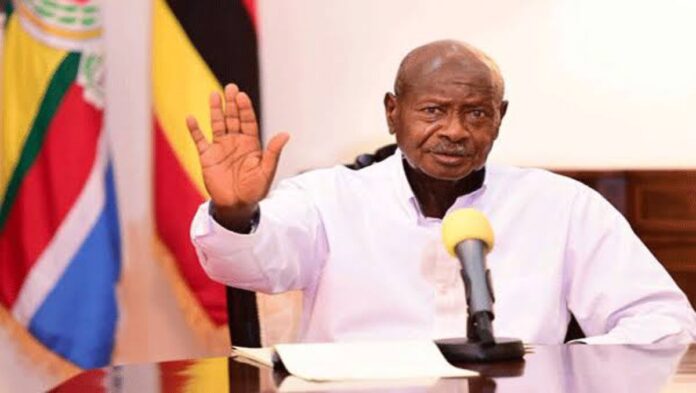 Ugandan President Yoweri Museveni warned young people not to take their lives with levity in the face of AIDS, which he says kills 17,000 Ugandans every year, adding that a UN report indicated girls were four times more likely to be infected with HIV than their male colleagues.

Records from the Ministry of Health show that, in addition to sex, the rise in infections in the country is due to several sexual relationships in which young people have been identified as being most engaged.

The Covid-19 lockdown has also been stated to have great effect especially in hampering efforts to fight the AIDS epidemic when it disrupted outreach services and access to medical care, raising concerns among people that Ebola restrictions, currently in force in Mubindi and Kasanda could lead to an increase in HIV cases.

Speaking at the World AIDS Day celebrations in Rukungeri, western Uganda, Museveni said the main reason for the rise in HIV infections now appears to be a change in behavior “where you do what you shouldn’t do”.

“Infections among young people (15-24 years) accounted for 37% of all new HIV infections in 2021, with more new infections among girls than boys over the same period,” said the Presidency Minister, Milly Babalanda in a statement made to Parliament ahead of the World AIDS Day celebrations.

She said more than 1,000 Ugandans contract HIV every week and about 325 people die from AIDS-related causes every week, while statistics also show infections are high in school-age groups.

After consultation with local doctors, Nelson Musuba, Executive Director of the Uganda AIDS Commission, stated that the East African nation has 1.4 million people living with HIV and the country needs about US$263 million annually to treat patients.

While President Museveni commended the US government for its continued support, he pledged more support for HIV/AIDS treatment. He said it costs about $200 a year to treat one patient.

The US government has allocated more than US$400 million in funding through the President’s Contingency Plan for AIDS Relief (PEPFAR) to bring antiretroviral drugs to more than 1 million Ugandans.