All you need to know about the Fascinating History of Senegal 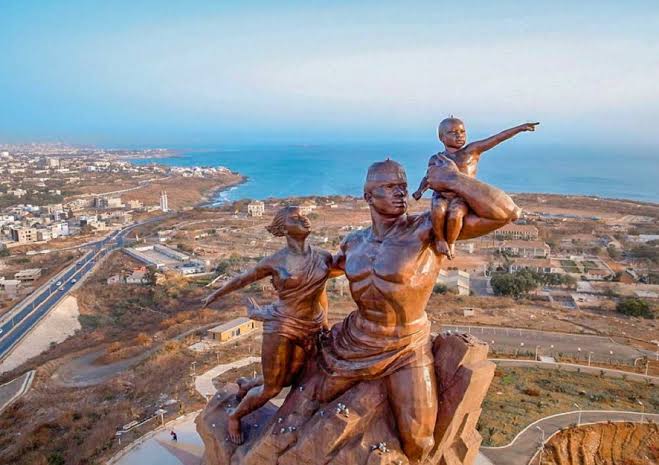 Senegal is known for football and its lovely bread and varying cuisine.

The sport of football, the most popular sport in Senegal, is run by the Senegalese Football Federation. The association administers the national football team, as well as the Premier League.

Of its history, not much is known or brought to light and that is our focus for this article. The fascinating history of Senegal can be divided into four major times; the prehistoric era, the Precolonial period, Colonial Senegal and the present contemporary era.

The evidence of human life was first found in the valley of Falémé in the south-east. They prove this presence by the discovery of stone tools that look like hand axes. Archaeologists found cleavers in the southeast, and stones shaped by the Levallois technique. This is a characteristic trait of the Middle Paleolithic. They were used for hunting. In the Neolithic era, they were hunters, fishermen, and producers (fishermen, and artisans).

Some of the signs of prehistoric ruins were discovered in the middle Senegal River valley as recently as the 1970s. some of them were pottery, perforated ceramic discs, and unearthed ornaments. Some excavations at the sites yielded some results. This revealed the flow of the trans-Saharan trade from North Africa to Senegal.
It was first populated from the north and east in many different waves of migration, the last of them was that of the Wolof, the Fulani, and the Serer.

There was trade among Senegal, Ghana, and Mali. This is proved by Arabic writings. Trade with Arabs was also prevalent. They imported wool, copper, and pearls, and exported gold and slaves (people). This growth of Arab-Muslim Jihads had its shares of economic and political issues. This brought about in its wake a growth in the slave trade. This trade called the trans-Saharan slave provided North Africa and Saharan Africa with slave labor. The Tekrur were among the first to convert to Islam sometime before 1040.
Two empires that formed in the 13th and 14th centuries are the Mali Empire and Jolof Empire. They became the vassal of the early time.

A myth In Senegal

There is a myth of a mythical chief Wolof Ndiadiane Ndiaye in Senegal, who was the Serer of Waalo and expanded the dominance of Djolof and brought together all the Senegambia. He also gave them religious freedom and social unity. However, this Grand Djolof collapsed in 1550.

The DJolof Empire was founded by a voluntary confederacy of States. There was no need for military conquest. The Kingdom of Sine never paid tribute to Ndiadiane Ndiaye or his descendants. All the other vassal kingdoms such as Walo, Takrur, Kayor, Baol, Sine, Salum, Wuli, Niani, recognized the hegemony of Jolof and paid tribute.
They say, that Ndiadiane Ndiaye received his name from the mouth of Maissa Wali. Maissa Wali is the King of Sine.
In the epics, Maissa Wali is acknowledged as being pivotal in the founding of the Empire. He nominated Ndiadiane Ndiaye and called for other states to join the confederacy. They did and the empire that Ndiaye headed and they took residence in Djolof.

The arrival of Europeans prompted the autonomy of small kingdoms. Less dependent on trans-Saharan with new shipping lanes, they embraced the New World. The kingdoms were reduced in strength because of internal rivalry. The Europeans arrived and then began the mass exodus of young Africans to the New World. Ghazis, famine, epidemic, and wars affected the people. The Atlantic slave trade where weapons were exchanged for manufactured goods influenced Senegal. Under the influence of Islam, the kingdoms changed and the marabouts played a major role.

Time of trading posts and trafficking

Ancient sources (one of them being Dictionnaire de pédagogi et d’instruction primaire written by Ferdinand Buisson in 1887) say that the first French settlement in Senegal dates back to the Dieppe Mariners in the 14th century. It implies that the French came to Senegal before the British. This is unconfirmed by subsequent work.
In the mid-15th century, many European nations reached the coast of West Africa almost at the same time as the Portuguese, the Dutch, the English, and the French. Europeans first settled along the coast, and on the islands. They eventually moved up a little further upstream.

The Slave trade was called the “infamous traffic” in the 18th century. It was the center of a new economic order controlled by many privileged and powerful people.
Colonialism era

Many European powers such as Portugal, the Netherlands, and England, competed for trade in Senegal. By 1677, France became the owner of a popular slave department point, the island of Gorée. This later became Dakar.
The oldest colonial towns Saint-Louis, Dakar, Gorée, and Rufisquej were the oldest colonial towns and were controlled by the French. In 1848, the French Second Republic extended the rights of full French citizens to the inhabitants of these towns. Anyone born in these towns was allowed to technically enjoy the rights of a French citizen. These rights were not implemented because of substantial legal and social barriers.

Fighting for the rights of the originaires

The African population of these towns was called originaires, this referred to those born into the commune and who retained recourse to African and Islamic law. Those who could pursue higher education were willing to renounce their legal protection and rise higher to become Évolué (“Evolved”). Then they would be granted French citizens and have the right to vote.
Despite the legal framework in place, the Évolués faced discrimination in Africa and the Metropole.
On 27 April 1848, a revolution in February in France caused the government to pass a law that enable the Four Quarters to elect a deputy to the French Parliament for the first time.
By 2 April 1852, four years later, Napoleon III abolished the parliamentary seat for Senegal.

After the downfall of the French Second Empire, the Four Quarters was again allowed a seat. It was granted on 1 February 1871 and abolished on 30 December 1875. It was reinstated again on 8 April 1879 it remained the only parliamentary representation from sub-Saharan Africa anywhere in a European legislature until the third republic fell in 1940.
Originaires were granted full voting rights in 1916 along with keeping their legal protections.

Blaise Diagne was the prime advocate for the change. In 1914 he became the first deputy elected to the French National Assembly. From this time till independence in 1960, all the deputies of the Four Communes were African and were involved in the battle for decolonization.

The arrival of Blaise Diagne, Deputy for Senegal, High Commissioner of the Government for the recruitment of black troops in Dakar in March 1918.

After elections in 1945 to the Constituent were held, the French extend their limited Franchise until November 1955. The principle of universal suffrage was passed into law. It was implemented the following year.

In 1959, Senegal and French Sudan merged to become Mali Federation. The Mali Federation had become independent on 20 June 1960.
This transfer broke the agreement France had signed on 4 April 1960.
The Federation broke on 20 August 1960 due to internal difficulties. Senegal and Sudan proclaimed independence. Léopold Senghor, poet, politician, and statesman was elected as the first president in August 1960. He ruled alongside Prime Minister Mamadou Dia under a parliamentary system.

A failed coup by Prime Minister Dia ended this system and Dia was arrested and imprisoned. Senegal adopted a new constitution and consolidated the power of the president. Senghor allowed the formation of two new parties in 1975 and they began operating in 1976. One was a Marxist party and the other a liberal. He retired and handed over to a successor, Prime Minister Abdou Diouf in 1981.
Today the length of the presidency has been reduced from 7 years and Macky Sall is having his second term as president.

Share
Facebook
Twitter
Pinterest
WhatsApp
Previous article
Meet Anaya Elick; The Little Girl Born With No Hands, Yet bagged the National award of Most Beautiful Handwriting
Next article
Who is the Burkina Faso coup leader, Lt-Col Damiba? What we Know.