Antigua and Barbuda to vote on Removing British Monarch as Head of State, PM Says 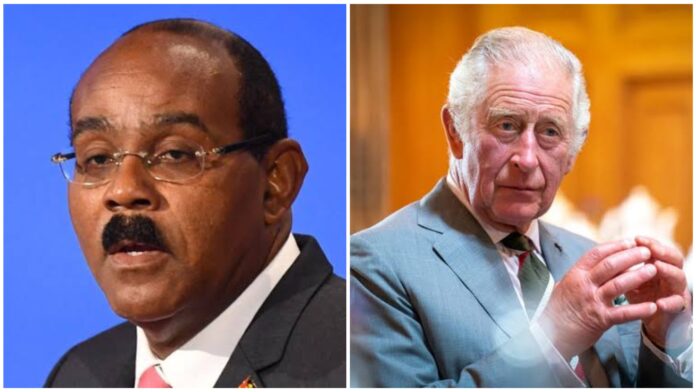 After the official Coronation of King Charles III. Antigua and Barbuda’s Prime Minister, Gaston Browne has announced that he will hold a referendum within the next three years to decide whether the British monarch should be deposed as the country’s head of state while the country becomes a republic.

As Browne stated in his announcement: “This is not an act of hostility. It is a final step towards closing the circle of independence and becoming a truly sovereign nation.”

Currently, Antigua and Barbuda and 14 other nations outside the United Kingdom are ruled by King Charles.

When the then Duke and Duchess of Cambridge visited Jamaica earlier this year to celebrate the Queen’s platinum jubilee, Jamaican Prime Minister Andrew Holness told them their country would “follow” the monarchy and transform into a republic.

Earlier this year, at least six Caribbean countries signaled their intention to follow Jamaica in replacing the queen as head of state.

Antigua has come a long way since gaining independence in 1981, argued local cameraman JC Cornelius. So when it comes to deposing the British monarchy as head of state – “why not?”

On the other hand, Cornelius continued, “Love and unity are the key. So why not spend time with the British monarch?” He explained that the matter would require “some thoughtful and necessary reflection.”

Settlers started growing sugar on the islands – but when the native peoples of the Caribbean were dying by the thousands across the region, they imported African slaves to tend the lucrative crops.

Emancipation finally came in 1833, and many of Antigua and Barbuda’s 97,000 people today are descendants of slaves.

The country, whose economy now relies heavily on tourism, has been an independent nation for more than four decades — but a strange kind of independence, according to government spokesman Hurst.