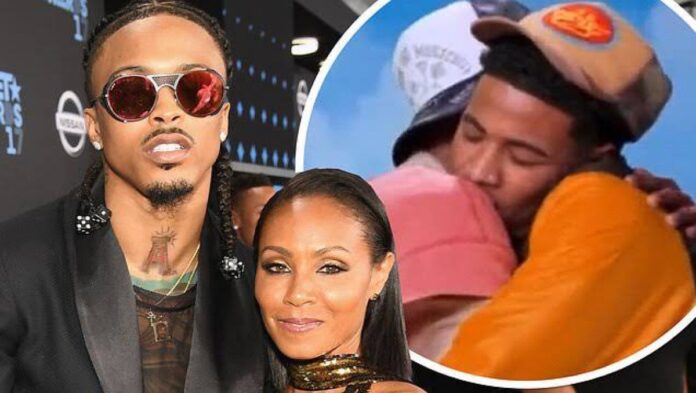 Alleged ex-lover of Jada Pinkett Smith, singer August Alsina apparently came out as a member of the LGBTQ+ community on Monday.

The Kissin’ on My Tattoos singer, 30, opened up about his new relationship while appearing on VH1’s The Surreal Life reboot. A man is then shown on screen, seated next to August, and as the two embrace, August says to him, “I love you”.

At the beginning of the clip, August is shown describing the desire for “boundless love”.

Then the scene switched to the singer sitting in a confessional and saying to the camera, “So what do you know? Love appeared, but in a new way.

He continued, “I want to be involved and really respect the person I love, who loves me and teaches me so much about love and healing.”

It has also been reported that August – who was just 23 when he met Jada – is close to writing a comprehensive book on the ins and outs of their sex life.

Also, read; Killer Of South Africa’s Anti-Apartheid Hero To Be Released On Parole After 30-year Sentence

“August is preparing to sign a major book deal detailing his romantic relationship with Jada,” a source told The Sun.

He has always claimed Will Smith allowed him to sleep with Jada, which the actor has often publicly denied.

“August will detail his time with Jada and also talk about how he spent time living in Will’s homes when he wasn’t able to film,” adds the source.

There are many publishers bidding on books and August is the best offer. He knows that many people are fascinated by his story and he seems to enjoy the opportunity to tell it.

Last year, Will confirmed he and Jada had an open relationship and admitted he “never believed in traditional marriage” while promoting his private memoir.

The couple made headlines in July 2020 when they opened up about Jada’s affair with August on their candid talk show, ‘Red Table Talk.’