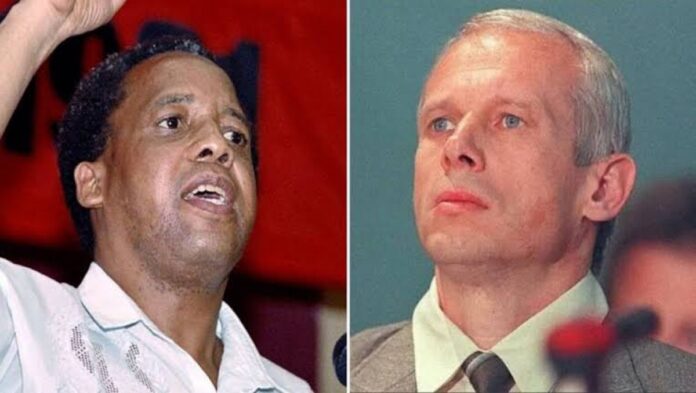 Janusz Walus, the killer of South African Communist Party leader and Anti-Apartheid hero Chris Hani is to be released on parole after 30 years in prison.

“The Department of Justice and Corrections has been ordered to release the perpetrator,” Judge Raymond Zondo, president of the Constitutional Court, the country’s highest court, said in a televised session.

According to reports, Walus is expected to be released in ten days.

Chris Hani, a communist leader and senior member of the military wing of the ruling National Congress Party, was gunned down in his garage on April 10, 1993, by Polish immigrant Janusz Walus, who had ties to the far-right White Afrikaans.

At that time, delicate negotiations were being conducted with the white government to hold the first democratic elections in the country.

The killing exacerbated racial tensions and sparked violent riots in South African cities rocked by the latest convulsions of the apartheid regime.

Janusz Walus, now 69, was sentenced to death for murder. However, The death penalty was abolished with the advent of democracy in the country in 1994 and the sentence was commuted to life imprisonment.

The court released him early in 2016. But that decision, which drew criticism from the historic ruling party, the African National Congress, was overturned the following year.

Janusz Walus has been eligible for parole for almost 20 years and all previous requests were denied.

The ANC commemorates the death of Chris Hani, who was inducted into the Anti-Apartheid Heroes Hall of Fame.