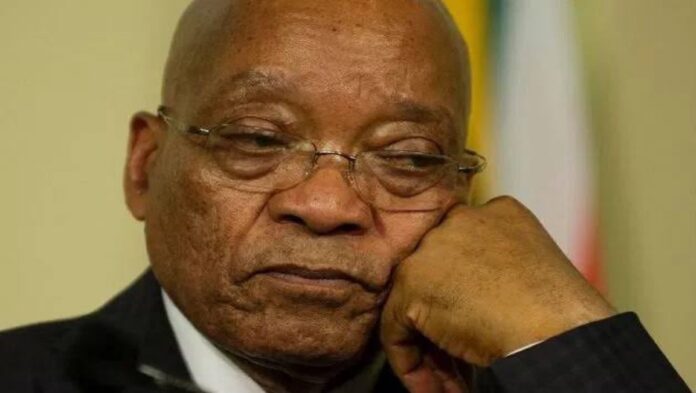 An appeal court ruled Monday that former South African President Jacob Zuma, who had officially ended a 15-month sentence for contempt of court, must return to prison after his parole on health grounds broke the law last year.

The 80-year-old ex-head of state was convicted in June 2021 for persistently refusing to testify before a corruption commission during his presidency (2009-2018).

In a tense social and economic context, his arrest the following month sparked an unprecedented wave of violence and looting, resulting in the deaths of 350 people. After two months he was released on health grounds and placed under judicial control.

The Supreme Court of Appeals found “Mr. Zuma’s parole on medical grounds unlawful” in a decision, a copy of which is available to AFP.

The head of the prison authority had issued probation based on the opinion of the medical council of the country which considered Zuma “not up to par.”

According to reports, Zuma suffers from blood pressure problems, high blood sugar, and severe damage to his colon, according to multiple medical reports included in the appeals court decision.

The appeal court said the head of the prison service had no justification for going against the opinion of the medical association.

As a result, “Mr. Zuma has not yet completed his sentence by law. He must return to the escort correctional facility (KwaZulu-Natal, Southeast).”

The decision comes after prison authorities announced last month that Zuma, who had previously made several public appearances and danced and sung to supporters despite his supposed severe medical condition, would be serving his sentence.

Despite the scandals, he is still considered the greatest political rival of current President Cyril Ramaphosa.

Less than a month before the ruling ANC’s congress, an event crucial to Ramaphosa’s future as the country’s president, Jacob Zuma has repeatedly attempted to destabilize him by questioning his integrity.

The African National Congress meets on December 16 to decide whether to vote in Mr. Ramaphosa for a second term in 2024.

Through a scandal involving mysterious packages of money discovered during a break-in at one of his properties.