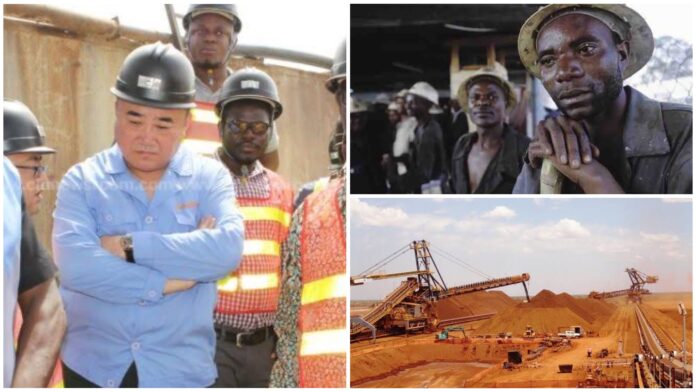 An Australian mining company has accused a Chinese rival of stealing tens of millions of dollars in gold while killing local African miners.

These two companies acquired access to the barren piece of land in Talensi, northern Ghana, in 2008 and 2014. Now one of them is safe while the other groans.

Separated by 2.5 kilometers of rocks, rubble and squalor above ground, the mines clash. One is an Australian exploration mine operated by Cassius Mining Limited. The other is a state-affiliated Chinese mine operated by the Shaanxi Mining Company.

Both arrived in West Africa to make their fortunes exploring the rich veins of gold that run through this ancient terrain, but competition soon turned to distrust and hostility. Now they are locked in a bitter dispute over allegations of trespassing, theft and the deaths of more than a dozen miners.

According to Cassius, The scale of the Chinese Mining company, Shaanxi, as above-ground operation appeared to be much larger than expected, approximately the size of three football fields which is beyond what it had been granted to explore.

However, it wasn’t until 2018, when the Chinese mine started operations, and employed 250 workers while setting up its own medical facilities and was greeted by China’s then ambassador to Ghana, Sun Baohong.

Next door, Cassius – led by Anthony Karam and James Arkoudis, former directors of Sydney-based Chameleon Mining – was struggling. It had a much larger plot of land – 30 times the size of Shaanxi – but only 21 workers.

Cassius theorized that the Shaanxi wells were as deep as 500 meters and had horizontal tunnels leading to the Australian concession. An underground laser probe confirmed that the Shaanxi tunnels were much more extensive than they had publicly revealed.

The accusations span beyond the land grabbing and theft into endangering the lives of employees. According to Cassius, the Chinese company also laid explosives at the entrance to their shafts. This, according to reports, was to forcibly stop Cassius from entering sensitive areas.

“One day as we were going into one area, the Chinese started running off, they had laid explosives nearby to show us we weren’t supposed to be in the mine,” says one member of Head’s team who asked not to be identified because of fears for their safety.