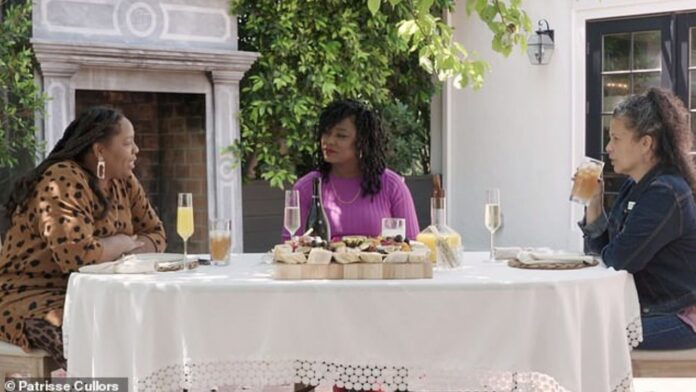 Three leaders of the famous Black Lives Matter movement are alleged to have secretly used donation funds of the movement to buy a swanky Southern California mansion for nearly $6 million.

The founders, Alicia Garza, Patrisse Cullors, and Melina Abdullah recorded a video in June 2021; outside the “secretly bought” home while they marked the first anniversary of George Floyd’s tragic murder, according to the New York Post.

Read the Full Story of how George Floyd was killed by men meant to protect him.

At that time, Patrisse Cullors said she was weeks removed from being in “survival mode”; after an exclusive reporting by The Post in April 2021 revealed she purchased four high-end US homes for $3.2 million.

However, Patrisse Cullors and her colleagues failed to reveal any details on the upscale home which was captured behind them in the video. The building is a 6,500-square-foot spread with more than six bedrooms and bathrooms; fireplaces, a pool, and parking for more than 20 cars, according to a real estate listing.

According to the explosive report by New York Post, the southern California property was purchased in October 2020; with funds that had been donated to the Black Lives Matter Global Network Foundation.

The seven-bedroom mansion was purchased by a man named Dyane Pascall two weeks after the BLM movement; received $66.5 million from its fiscal sponsor earlier that month. Diane Pascall is the financial manager for Janaya and Patrisse Consulting; an LLC that is operated by Cullors and her spouse, Janaya Khan.

Following the purchase, ownership of the property was transferred within a week to an LLC in Delaware; thus ensuring the property’s owner wouldn’t be disclosed.

Furthermore, Patrisse Cullors, Black Lives Matter co-founder, resigned as the group’s executive director amid criticism over her purchase of three homes in the Los Angeles area and another outside Atlanta.

The purchase of the nearly $6 million mansions had not been previously reported, and BLM officials tried to keep its existence a secret from a journalist looking into the transaction.

The Southern California mansion was purchased with the intention for it to serve as “housing”.