Burkina Faso Ends French Military Accord, Says It Will Defend Itself 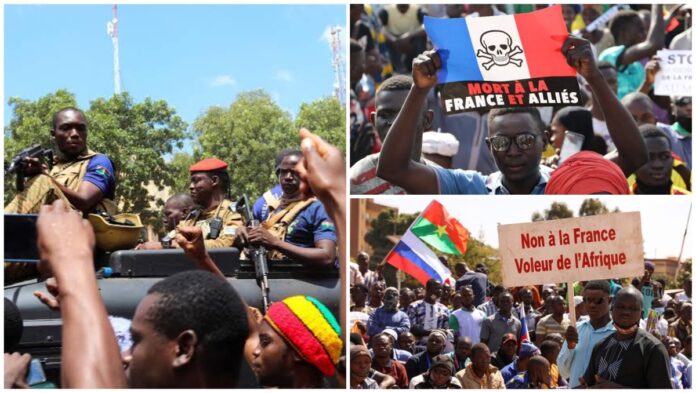 The Burkina Faso government, in a statement on Monday, said that the country has decided to end a military deal that allows French forces to fight militants on its territory because the West African nation can now defend itself.

The West African country is facing an Islamist insurgency from groups linked to al-Qaeda and Islamic State that have seized tracts of land and displaced millions of people in the wider sub-Saharan Sahel region.

The national TV channel reported on Saturday that the government suspended the 2018 military pact with Paris on January 18, giving France a month to withdraw its forces.

French President Emmanuel Macron said on Sunday that he was awaiting clarification from Burkina Faso’s interim President Ibrahim Traoré on the decision.

Although government spokesman Rimalba Jean-Emmanuel Ouedraogo explained to national television that the statement is in fact, clear enough.

He said the decision was not tied to any specific event but was a “natural arrangement of things” for France to give Burkina Faso the responsibility to defend itself. He added that the one-month deadline is part of the military deal.

“This is not the end of diplomatic relations between Burkina Faso and France,” Ouedraogo said, adding that his country still wants support in the form of military equipment.

French forces withdrew from neighboring Mali last year, ending a decade-long war against the rebels after relations between the two countries deteriorated.

Both Burkina Faso and Mali are ruled by a military junta that has violently seized power over the past two years and has vowed to improve security and cut ties with its traditional allies.

Macron accused Russia of “predatory” influence in troubled African countries, where France saw its hold over its former colonies waning.

The withdrawal of the French army from Mali coincided with the military council’s decision to use Russian mercenaries to help them fight the militants, a move strongly condemned by Western countries.

Burkina Faso has neither confirmed nor denied recent reports that it too has decided to seek help from the Russian Wagner Group.