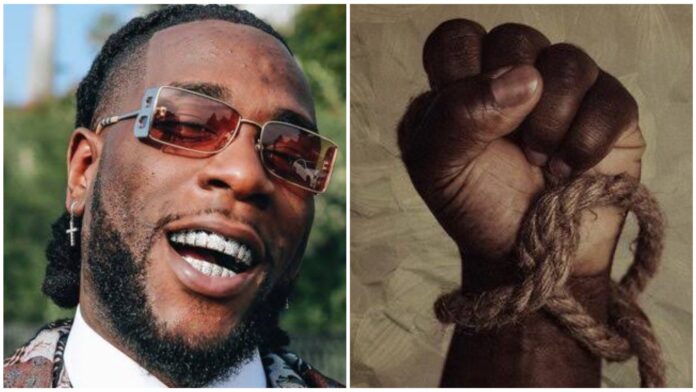 Popular Afrobeat singer Damini Ogulu, better known as Burna Boy, has stated that he wants the truth of pre-slavery African history taught in schools rather than Western culture.

The singer lamented that the younger generation of Africans teach nothing about themselves, but about the colonists and the Queen of England.

In his words: “They tell us things that make no sense to us. And that puts us in our heads that we have no power and that we are inferior to the colonial masters.

“I want the truth of our story before slavery, and before the colonialism of the white man to be the true story being told.

Also read; Outrage In Italy As Nigerian Immigrant Gets Beaten To Death In Public

“It wasn’t always like that. Some people came here and lied to you and took your crown off your head and said you’re a slave when in fact they came here and knew you as a king,’” he said.

Keep in mind that the singer is known for some controversial statements and posts. The most recent was his conversation about why he chose to remain childless even at age 31.

“When you’re 31, and you don’t have kids, everything is good and bad at the same time. You think, and then you become as brilliant as you can be.”

In a previous interview, he revealed that he doesn’t have children yet because he wants to be stable first.