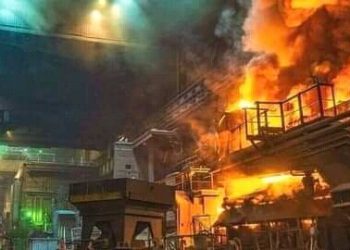 At least 16 people have been killed in a fire outbreak at a nightclub in Cameroon’s capital Yaoundé. The blaze was reportedly caused by fireworks that were lit while champagne was being served in the club. At least eight others were seriously injured in the fire in the early hours of Sunday at Liv’s Night Club.

The fire engulfed the main room of the venue in the capital’s upmarket Bastos district.

“The tragedy, which was caused by explosions from the fireworks often used in these type of places, first consumed the building’s ceiling; resulting in two very loud explosions, causing panic and a stampede,” the communications ministry said in a statement.

The emergency services are still searching the venue, and the number of dead may rise, it added.

About 100 people gathered outside a hospital morgue for news about their relatives.

“I’ve lost my little brother. He was a good, kind boy who has been working in this club for about two months,” Stephane Hamza, 38, told AFP.

“When I heard about the explosion, I came to the morgue where I recieved the news of his demise 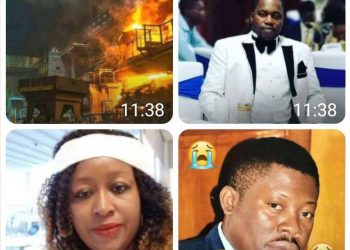 The nightclub is located in Bastos and it is considered one of the city’s most prestigious neighborhoods. Videos on social media showed burnt bodies lying on the ground and other victims being rushed to the hospital.

Though the exact cause of the incident remains unknown, narratives hold that; the outbreak could be linked to gas leakage from an air conditioner in the facility.

Fireworks from the popping of a Champaign in the night club are reported to have turned into flames as it mixed with gas from inside the nightclub. Even though the nightclub’s management is is yet to make any statement.

However, the exact number of victims, their identities and the amount of damage recorded remains unknown.

Cameroon’s Communication Minister, Rene Emmanuel Sadi later issued a statement putting the number of those who perished in the incident at 16.

The incident has again raised concerns over safety measures in relaxation spots and government’s efforts in enforcing them.

Names of casualties of the fire outbreak