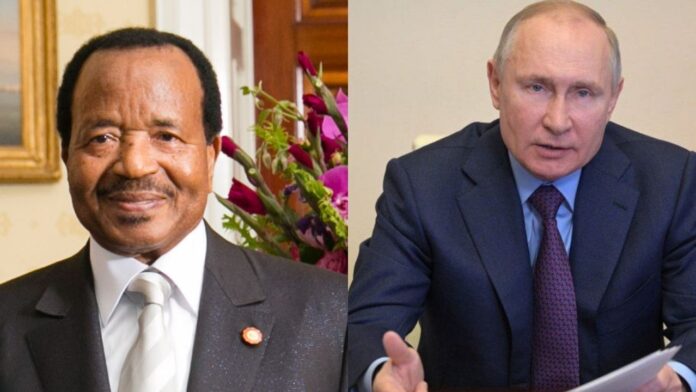 The Central African country, Cameroon, signed an agreement with Russia for military cooperation. According to security sources, this agreement is part of the continuation of a military tie between Cameroon and Russia for several years with the emphasis on the recently revised military deal signed in 2015.

In the 13-page document, the two countries agree to exchange opinions and information on defense policies and international security, the development of relations in the areas of joint training, medicine, topography, and military hydrography.

Cameroon and Russia also agreed to exchange experiences and interact in peace support operations under the aegis of the United Nations.

The symbolic deal was established in Moscow and comes as several countries around the world withdraw ties with Kremlin, to impose sanctions.

Whilst many welcome Cameroon’s courage in initialing such an agreement at this time, a time when Russia is involved in a controversial military operation that is criticized all over the world. Others also see the shadow of the Wagner Nebula rising, this particular Russian militia whose actions are stirring controversy on the continent.

But for the most optimistic, Cameroon is right, especially as the country is tormented by numerous security crises in the north with Boko Haram in the English-speaking areas and in the east of the country.