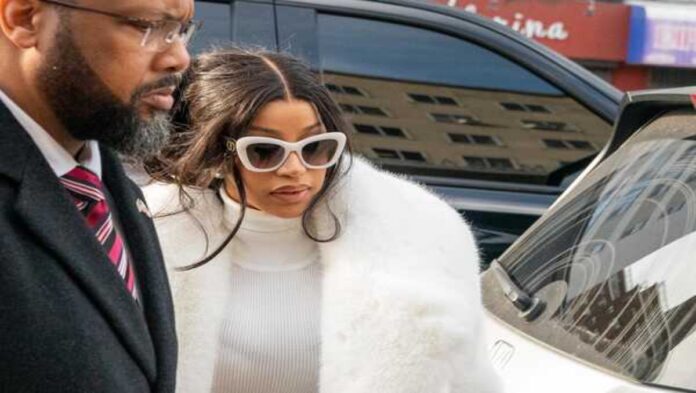 Cardi B’s community service began, and the Bronx rapper shared with fans the impact her experience volunteering at a military veterans facility had on her.

On her Instagram Live, Cardi shared a summary of what she learned during her community service on Thursday (January 19). The “WAP” singer has the task of doing 15 days of community service.

“I’ve learned so many things over the past few days and I’ve learned things about myself,” Cardi said Friday (January 20).

She detailed some of the hardships they endure, such as post-traumatic stress disorder. “A lot of them turn to drug abuse because they trying to escape all of the things they went through. And it’s crazy because you might see a crackhead or you might see somebody shooting dope in the train, and you might just think, ‘Oh look at that dope head, look at that fiend,’ but that’s most likely a veteran that is going through so much mental s**t and has fought for our country, and because he couldn’t get the help he needed, he’s in that situation.”

Cardi received a community service sentence related to the 2018 club brawl. She was scheduled to complete the hours through Jan. 17; However, she appeared before a Queen’s magistrate that day and was granted an extension.

She now has until March and is already proving she’s serious about cutting the remaining days before the new date.