Chief Nyamwana: The Caucasian Ceremonial traditional ruler of the Lunda tribe of Zambia 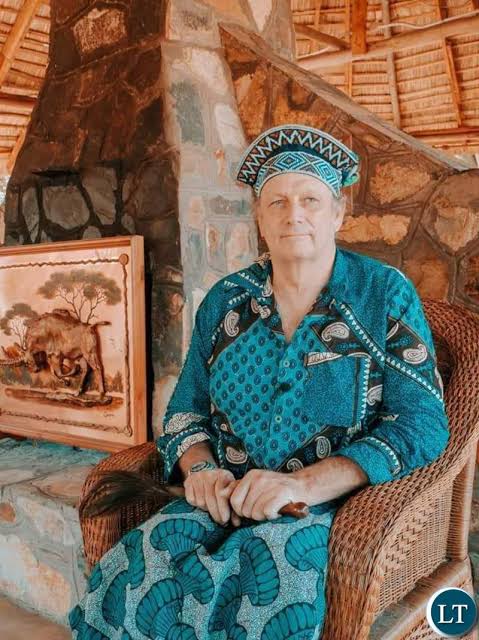 In the Ikeleng’i District in North Western Province of Zambia, the people of Lunda absurdly have a Caucasian sub Chief, known as Chief Nyamwana whose real name is Peter Fisher.

In most Zambian tribes, a person can only ascend to chieftainship if he belongs to a specific family lineage. But in the Ikelengi District in North Western Province, there is a strange chief occupying the throne.

In the Lunda tribe, one can only become a chief if he is a son, a nephew or to an extent; a daughter to a chief who previously occupied the throne. 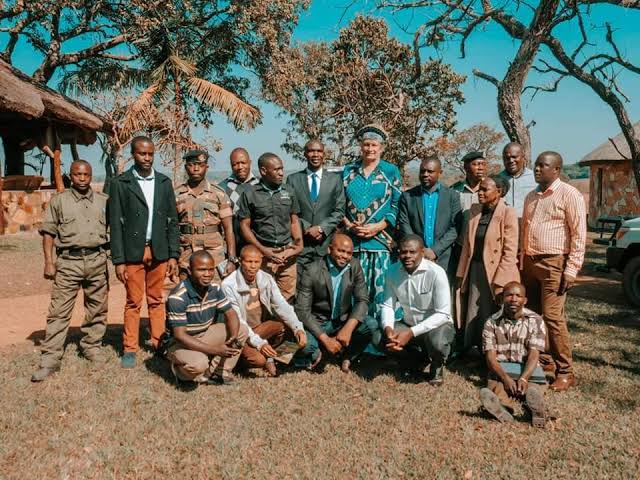 But Peter Fisher, who is also known as Chindeli cha ka Lunda which means “white Lunda chief”; was bestowed as Chief Nyamwana as an honour for his family’s unwavering support to the local people.

Peter Fisher was said to have been born to Israeli parents who lived in Zambia. However, at the death of Fisher’s both parents; the then ruling Chief Nyamwana adopted him.

Peter Fisher lived with the previous Chief Nyamwana till the Chief died without a biological male child; and as such Fisher succeeded the late Chief.

Peter speaks Lunda fluently and refuses to be called “Chindeli” which means a white person in Lunda; he also speaks little English. He was sworn in as chief Nyamwana in 2015 following his predecessor’s wish. 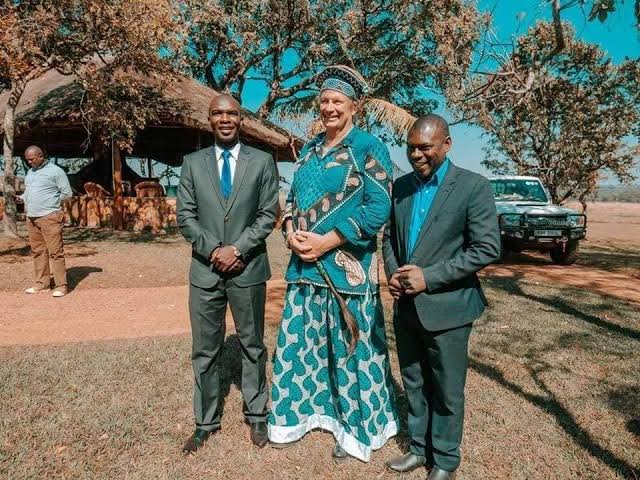 Fisher has been a chief for about 7 years now after a ceremony which was attended by almost all the Lunda chiefs of Ikelengi and Mwinilunga districts.

His children, Peter and Andy, are fluent in Lunda too. His enstoolment was witnessed by Senior Chief Kanongesha who presides over the two districts.

A Caucasian as a traditional ruler in Africa is indeed surprising but not to the local people of Lunda. For them, Fisher’s position did not come as a surprise because the Fisher family are a household name in Ikelengi and Mwinilunga districts.

Share
Facebook
Twitter
Pinterest
WhatsApp
Previous article
The African Moors that Conquered and ruled the Iberian peninsula ( Spain and Portugal )for over 700 years
Next article
Abena and Andre: Enjoy these stunning photos of this beautiful Ghanaian lovebirds