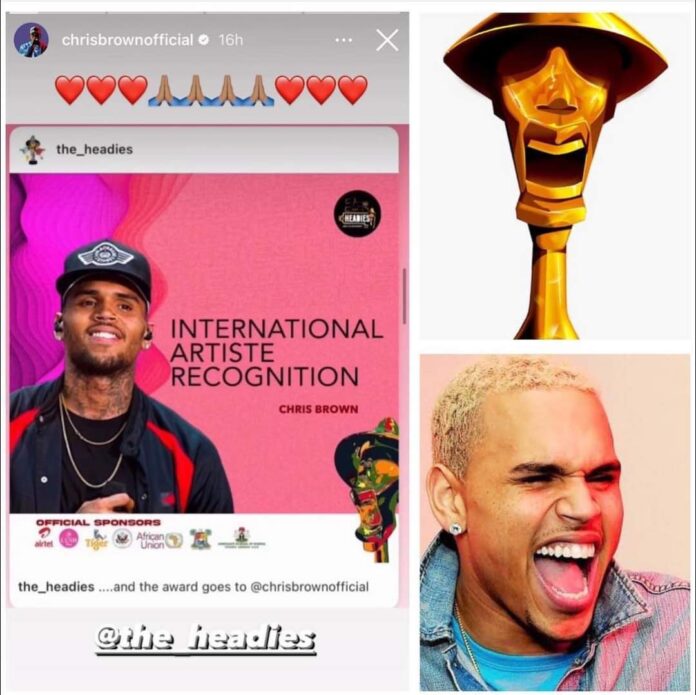 The prestigious awards ceremony, which celebrates excellence in the Nigerian music industry and beyond, was held for the 15th time on Sunday, September 4, 2022 at the Cobb Energy Performing Arts Center in Atlanta, Georgia, USA.

Breezy, who has collaborated with a significant number of Afrobeats artists such as Wizkid, Davido, Ayo Jay, Rema & Lojay, was nominated in the International Artist of the Year category, a new category for a non-African artist or group with the most outstanding achievements and impact on Afrobeats.

The singer, who was nominated alongside international stars such as Beyoncé, Drake, Ed Sheeran, Justin Bieber and Nas, was declared the winner on Sunday night.

Following the win, the singer took to his Instagram page on Monday, September 5, 2022 to celebrate the recognition.

The 15th edition of The Headies celebrated the best of the Nigerian music industry. Grammy-winning singers Wizkid and Tems were top winners of Headies, held at Atlanta’s Cobb Energy Performing Arts Center, marking the show’s first time outside of Nigeria.