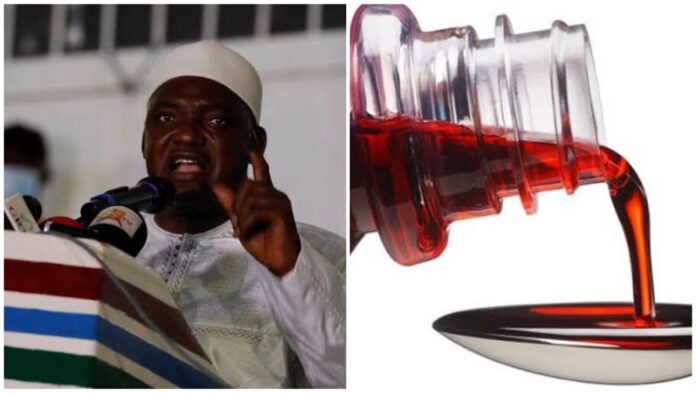 The Gambian government said on Friday that the number of child deaths from acute kidney injury, believed to be linked to cough syrups made in India, had risen to 70 from 69 previously.

President Adama Barrow announced the update at an emergency cabinet meeting he convened on Thursday to discuss the crisis.

The syrups were found to have been made by New Delhi-based Maiden Pharmaceuticals Ltd, which has since closed one of its factories in northern India amid investigations by health officials there.

The Gambia is also investigating the deaths and this week created a new commission of inquiry to investigate them, the statement said.

Recall that the World Health Organization earlier issued a medical product alert about four contaminated cough syrups that have caused acute kidney damage and are linked to the deaths of 66 children in the Republic of The Gambia.

At an October 5 press conference, WHO Director-General Tedros Adhanom Ghebreyesus said: “The four drugs are cough and cold syrups manufactured by Maiden Pharmaceuticals Limited in India. WHO is conducting further investigations with the company and regulators in India”.