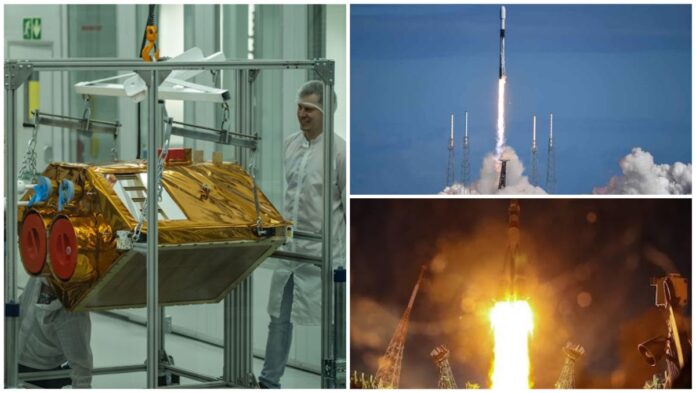 South Africa is back in the space race with the first of seven South African-made microsatellites due to launch from Cape Canaveral, Florida in December.

Interestingly, the company bringing them to market is SpaceX, the space technology and exploration company founded by South African, Elon Musk.

The recently completed EOS SAT-1 satellite is expected to leave South Africa in the coming weeks, according to Stellenbosch-based manufacturer Dragonfly Aerospace.

All seven will form part of a “constellation” of satellites specifically designed to generate high-quality data related to agriculture and forestry.

They are equipped with ‘DragonEye’ electro-optical imagers that produce ‘multispectral images’ relevant to crop monitoring, soil moisture, biomass and crop yield prediction. As such, they are the world’s first agriculture-focused satellites.

“This was an important project for our entire team and allowed us to demonstrate our capabilities not only in manufacturing high-performance electro-optical imaging, but also in designing and manufacturing a complete satellite imaging system. It’s an incredible feeling to see the EOS SAT-1 leave our facility and take the next step on its journey to deliver crucial data that will have important environmental benefits for our planet,” Dean said Friday.

He provides a variety of geospatial analysis services, including satellite imagery, and is the end user of the EOS SAT-1 satellite.

News of the imminent launch coincides with a dispute between Musk and the Ukrainian government over the free satellite internet company’s gift to Ukraine, a donation triggered by the Russian invasion earlier this year.

SpaceX announced this week that it could no longer afford the free donation and asked the US government to foot the bill.

Founded in 2019, Dragonfly Aerospace is a leading provider of optical payloads and satellite platforms for Earth observation.

It has a state-of-the-art 3,000 m² design and manufacturing facility and is a proven global provider of space engineering hardware.