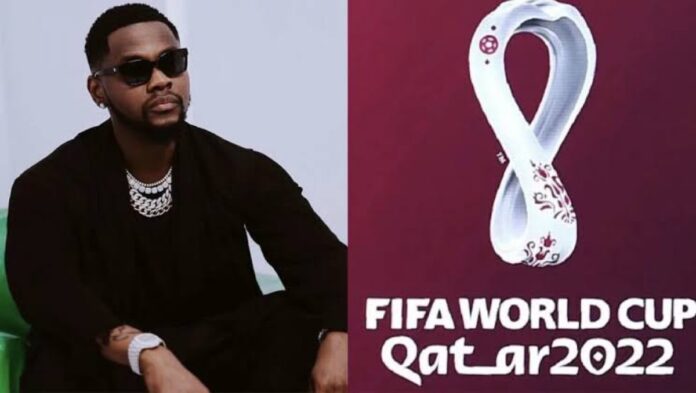 After initially tweeting what he thought was only a dream, Nigerian superstar, Kizz Daniel, seemed to have been favored by the universe as his dream gets on track to reality.

This news was shared by Kizz Daniel on his official Twitter account, where he revealed that his prayers to perform at the World Cup have been answered.

Kizz had a hit in 2022, with his single “Buga” becoming one of the biggest singles on the continent.

After embarking on a successful “Afroclassic Tour” across the UK, US, Canada and selected African countries, Kizz Daniel will take “Buga” to the biggest event in competitive sport.

The 2022 FIFA World Cup will take place in Qatar from Sunday 20 November to Sunday 18 December 2022. Fans will be delighted to hear that they will see Nigerian artists perform at the World, another highlight for Afrobeats.

After the mainstream success of “Buga” with Tekno, which has also been widely described as a tour de force, the single continues to enjoy massive reception.

Buga was reported to have amassed 1 million streams within 24 hours of posting on Boomplay and has since held the top spot in countries such as Nigeria, Ghana, Cameroon, Zimbabwe, Togo, Zambia, Democratic Republic of Congo, Benin, and Sierra Leone.