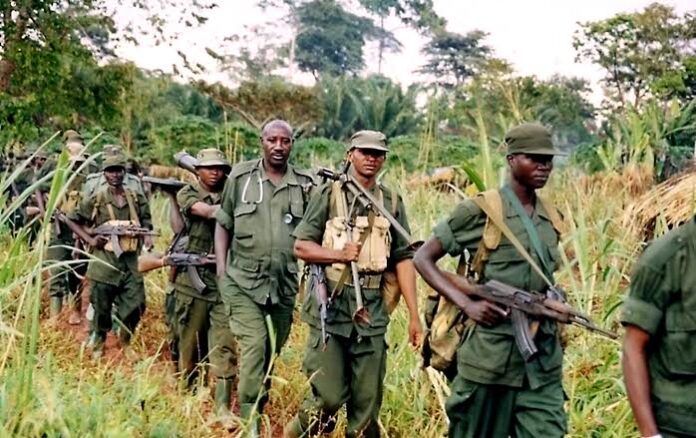 Judges at the International Court of Justice have ruled that Uganda must pay $325 million in reparations to the Democratic Republic of Congo for its role in conflicts in Congo’s resource-rich Ituri province. The case stemmed from years of bloody conflict in Congo’s mineral-rich east. A dispute over land escalated and turned the Ituri region into the epicenter of a regional war in which Congo’s neighbors backed different militias in their battles for influence.

The International Court of Justice (ICJ) ruled in favor of the Democratic Republic of Congo (DRC) in reparation case filed before it. The court has ordered Uganda to pay for the damages suffered by the country during the 1998-2003 invasion. 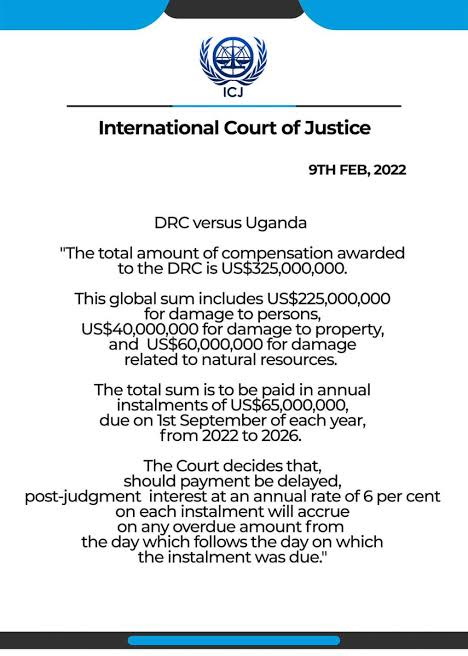 “The court sets out the total amount of compensation awarded to the Democratic Republic of Congo which is $325 million,” presiding judge Joan Donoghue said.

Uganda to pay in installments

The presiding judge also added that Uganda must pay the sum in five yearly instalments of $65 million to start in September of this year. The compensation order came more than 15 years after the U.N. court ruled in a complex; 119-page judgment that fighting by Ugandan troops in Congo breached international law.

The total award is far short of the over $11 billion, Congo had asked for, but the court dismissed several claims including all the claims for macroeconomic damage saying there was insufficient evidence to support Congo’s calculations.

The long-running dispute was first brought before the United Nations’ highest court in 1999.

After lengthy proceedings, the court ruled in 2005 that Uganda had violated international law by occupying parts of the eastern Congolese province with its own troops and supporting other armed groups during a war that raged from 1998 to 2003.

The court ordered the African neighbours to negotiate reparations, but in 2015 Congo returned to the tribunal, saying the talks had stalled. On Wednesday the court ruled on the final compensation amount.

Rulings by the ICJ, which deals with disputes between states(countries) are final and without appeal.