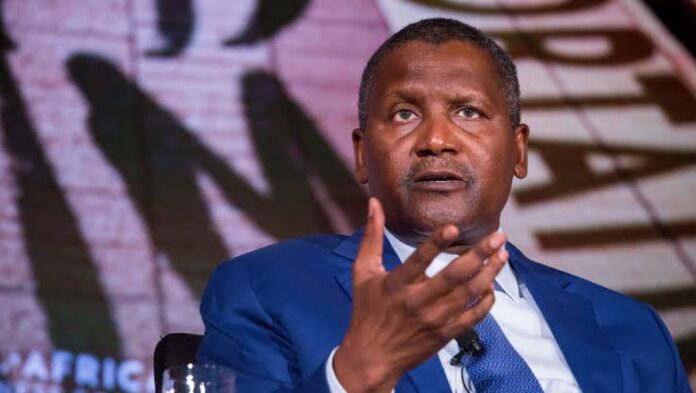 Africa’s richest man, Aliko Dangote has delivered over $3 million worth of aid to flood victims in northern Nigeria.

It was recently reported that the Presidential Relief and Rehabilitation Committee, chaired by Aliko Dangote, has just begun distributing 1.5 billion naira($3.3 million) worth of supplies to flood victims across the country.

The governor thanked the committee for its charitable work and promised that the relief supplies would reach the intended beneficiaries.

A statement from the committee said: “The representative of the Presidential Committee for Relief and Rehabilitation, headed by Dangote, Alhaji Omar Golani, assured stakeholders in the north-eastern region that the exercise will also take place in the country’s other five geopolitical regions.”

Gulani said the panel members have been formally handed over to the Borno state government and the National Emergency Management Agency.”

For his part, Golani recalled that since 2012 the Presidential Commission, chaired by Aliko Dangote, has disbursed more than N10 billion in aid to the displaced and disadvantaged across Nigeria.

“The committee has spent more than N10 billion to mitigate the effects of the floods since its inception in 2012, adding that at least 84 houses have been built for flood victims in 24 states in Nigeria,” Golani said.