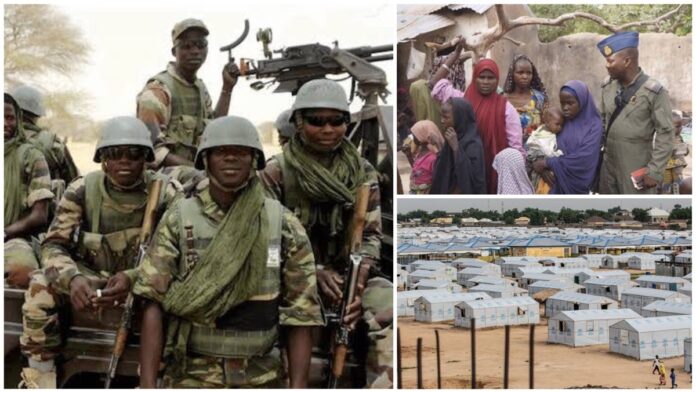 Nigeria’s Defense Chief General Lucky Irabor said on Thursday that the country’s military will not investigate a Reuters report that it was conducting a covert mass abortion program because the report was ‘false.’

Reuters had earlier reported on Wednesday that the Nigerian military has been running a clandestine, systematic and illegal abortion program in the north-east of the country since at least 2013.

The program involved the termination of at least 10,000 pregnancies in women and girls, many of whom were abducted and raped by Islamist militants, according to dozens of testimonies and documents seen by Reuters.

Asked about the report, Irabor told reporters in Abuja that the military “will not investigate what it believes is untrue.”

“I think I shouldn’t waste my energy on these things,” he told a news conference about insurgency, terrorism and banditry in the country.

The minister, who commanded the army in the Northeast in 2016, the period covered by the report, said the cases mentioned in the report never happened and he had never seen anything like it.

Since the report was published, the human rights organization Amnesty International has called on the Nigerian authorities to identify and prosecute the perpetrators and to compensate the victims.

Lawmakers in Britain and the United States have asked their governments to gather more information about the report from Nigeria.

Contacted by Reuters about the report, a spokesman for presidential candidate and former vice president Atiku Abubakar said his government would investigate the matter if Atiku won the presidential election scheduled for February 2023.

“When we talk about illegal abortion, we should find out what’s happening to stop it,” spokesman Charles Aniegwu said.

However, Aniegwu said Atiku and his team did not endorse the Reuters report’s findings because they had not investigated the matter themselves, adding that the Nigerian military “was very professional in many ways”.

He added: “This does not exclude the possibility that some individuals may not be working as instructed or within the rules.”

“We’re really going to start checking if there are any rotten eggs that could have caused this,” he said.