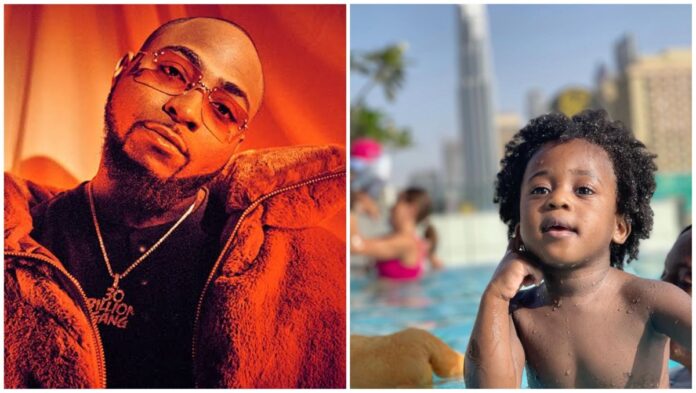 Several blogs and tweets have suggested that the boy, who enjoyed a lavish birthday party last week, was found in the singer’s swimming pool.

It was noted that he was quickly taken to the hospital, but all efforts to revive him were unsuccessful.

While the couple has yet to release an official statement about the incident, several celebrities have referenced the death in their social media posts.

Nigerian comedian, Ayo Makun posted on Instagram Tuesday morning that the death of a child was “unnatural, unfair, and tragic”. It hits me so hard.”

Ifeanyi was born in 2019 to Davido and his partner Chioma. The two are in an on-and-off relationship, with recent sightings suggesting they may be getting married soon.

It was revealed that several people were arrested at Davido’s house when the incident took place.

The heartbroken singer is said to have been taken from the hospital where his “deceased” son was attended to and taken to his father’s home.

However, Nigerians took to their various social media accounts to pray for the family as they wished the news was not true.

British rapper and singer Stephanie Victoria Allen, better known by her stage name Stefflon Don, used her verified Twitter account to pray for the singer. She tweeted, “Prayers for Davido and Chioma.”